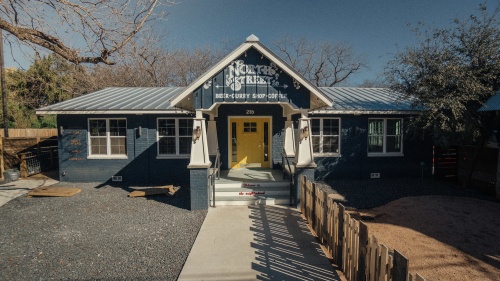 North Street opened in San Marcos on May 31.

Show map
The same restaurateurs who own Zelicks Icehouse, Dos Gatos and Pie Society is bringing a new restaurant to San Marcos.

"If you’ve never had Indian food, we want to introduce you to it," Katz said. "We’ll have classic Indian curries, but we’ll also have them in a way that will feel familiar to people—like in a taco. We’ll have some bar-style food that has an Indian influence, like a chicken wing but with an Indian influence."

Katz said while North Street will be a full-service restaurant, he hopes it will also have an atmosphere that will turn it into a community hangout.