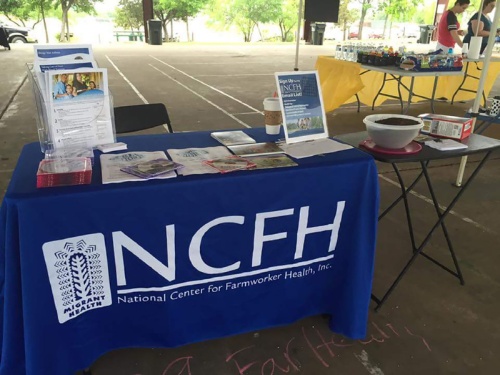 The National Center for Farmworker Health is a nonprofit located in Buda that assists community health centers that treat migratory and seasonal agricultural workers.

Serving over 500 locations across the country, the National Center for Farmworker Health is a nonprofit located in Buda that assists community health centers that treat migratory and seasonal agricultural workers.

NCFH President and CEO Bobbi Ryder said the main function of the organization is to help health centers manage their practices; assure each center has cultural and linguistically appropriate services; inform migrant workers where centers are located and how they can be served; and to help create new health centers.

“Migrant workers are very much still an unrecognized population. I think farm workers are an undervalued, underappreciated commodity,” Ryder said. “People don’t really appreciate the hard work, the toil, the heat, the low wages and the stress on the worker’s family.”

According to Ryder, the health issues migrant workers face are similar to what one would experience in a low income, hard-working, blue-collar Mexican-American community. The main difference is that workers may not be in an area long enough to complete a treatment.

As a result, all the centers NCFH works with are supposed to be specifically equipped to serve an agricultural worker population, such as having a bilingual staff and being able to accommodate having a large population boom during growing seasons.

“We do see high rates of diabetes, which we know is directly related to the quality of food that is consumed. We find that children tend to get overimmunized,” Ryder said “We do not yet have a national registry of immunizations, so when children arrive in a new community and need to go to school and they do have proof of their records, they usually get re-immunized. It’s a hard knock way of life.”

According to a Farmworker Health study, out of the nearly 3 million migratory workers in the U.S., approximately 800,000 of them use the services of a migrant health clinic.

NCFH originally opened in Austin as the National Migrant Referral Project in 1975. In 1989 the organization became the National Migrant Resource Program, and in the same year it launched its Migrant Clinicians Network. In 1996 the corporation was renamed the National Center for Farmworker Health to reflect the comprehensive services offered to migrant farmworkers, and two years later it relocated to Buda.

“We are a little, hidden gem in that our clientele is nationwide. We are located in Buda because we like living in Hays County,” Ryder said. “We enjoy providing employment opportunities in Hays County, and we like the proximity to the airport in Austin so that we can get to all parts of the country from Buda.”

While the NCFH operates mainly on a national level, Ryder said the center noticed in the early 2000s that there was a shortage of health care services in Hays County.

“There were no doctors that would offer a sliding-fee scale and only one doctor who took Medicaid. We pulled a coalition of people together and said, ‘Hey, we need a community health center in Hays County,’” Ryder said. “This is something that we did, not that we’re funded to do, but did because we felt we needed to use the talents we use on a national basis in our own community.”

The work of the Hays County Coalition funded the creation of three federally qualified health centers in Hays County. They are currently run by CommiCareSA and are located in San Marcos, Kyle and Wimberley.