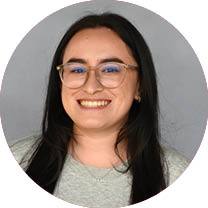 The next Hays CISD meeting will be on Oct. 18 at 5:30 p.m. in the Historic Buda Elementary Campus, 300 N San Marcos St., Buda. (Zara Flores/Community Impact Newspaper).

The Hays CISD board of trustees unanimously approved the allocation of $4.4 million in Elementary and Secondary School Emergency Relief funds for air purifiers for all campuses in the district on Sep. 27. ESSER funds are granted through the Texas Education Agency as a result of the pandemic.

Approximately 1,800 Novaerus, Model NV 900 devices will be purchased after tests can be run in actual HCISD classrooms to determine the effectiveness of the purifiers as the district has yet to determine the testing protocol, according to Chief Operations Officer Max Cleaver.

The initial estimate for this project was $4,119,865 when it was presented to the board at last week’s meeting. However, it has been updated to $4,401,907 for labor and additional units.

The units could have been implemented as early as Sept. 30, Cleaver said, but the delivery has been delayed again for the testing. Once they have been purchased and received, the district will begin to install them based on COVID-19 cases, starting at elementary schools through middle schools and then high schools.

Trustee Courtney Runkle said she voted yes, not specifically because of the coronavirus, but as a way to keep students as healthy as possible and in classrooms. On a similar note, Superintendent Eric Wright mentioned that he hopes the district will see a return on investment of the air purifiers over time through the overall attendance of students.

“We’re going to track our average daily attendance after these are in. Historically, our district has averaged, pre-COVID[-19], around 95% in attendance. We’re hopeful that we’ll be able to increase our attendance enough to pay for [the purifiers] over the next few years,” Wright said.

However, despite a unanimous vote, trustee Willie Tenorio, Jr. mentioned that the most effective way to combat the coronavirus is through a mask mandate. He also said he thinks it would be more cost effective and overall beneficial for the district to issue a mask mandate. If the district is willing to spend that much on air purifiers, Tenorio said, it should be willing to spend that much on battling a potential lawsuit from Gov. Greg Abbott, which he believes is unlikely.

“It’ll still be a safer environment but it won’t be as safe as it could be if we had a mask requirement on top of this,” Tenorio said.