Hays CISD will receive the lion's share of a $1 million grant that will be used to train teachers and staff how to work better with autistic students. (Courtesy Sewcream/Abode Stock)

The Hays CISD board of trustees voted unanimously in favor of a one-year contract with STAR Autism Support LLC using a grant awarded by the Texas Education Agency.

According to a district official, 27 teachers and 20 paraprofessionals working with students age 3-9 years old will receive training that would affect roughly 140 students.

HCISD has the option to renew the single-year contract with STAR twice by the end of April 2022.
RELATED STORIES

"The grant was also written to help support students in inclusion better," HCISD Early Childhood Services Coordinator Shelli Cervenka said. "Part of that is partnering with our Early Learning Center staff and our Head Start staff to help them understand how to respond to students with disabilities better."

The program was required to submit goals to the TEA, and those will be reviewed at a future date to measure the success of the grant's use, according to Cervenka.
Hays CISD Hays CISD board of trustees STAR Autism Support Texas Education Agency San Marcos CISD Liberty Hill ISD Lockhart ISD Autism
SHARE THIS STORY 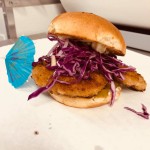