Hays CISD board of trustees elects new president, other officers 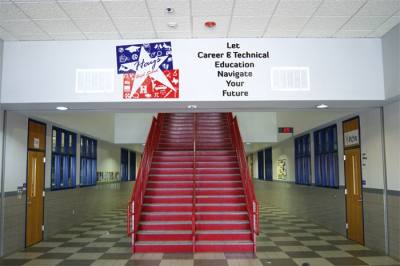 Members of the Hays CISD board of trustees elected new officers, as required by law, at its May 20 meeting.

The May 20 meeting was the first following the May 4 elections, when both trustees Meredith Keller and Esperanza Orosco were re-elected to their seats by wide margins.

Orosco was elected as the new president of the board after being nominated by Keller, the previous president, with no other nominations made. The vote was 5-1, with trustee Willie Tenorio the sole dissenter. Trustee Michael Sanchez was absent.

Orosco then nominated trustee Will McManus for vice president of the board—the position she previously held—and he was elected in an unanimous vote.

Vanessa Petrea was unanimously re-elected board secretary.
SHARE THIS STORY