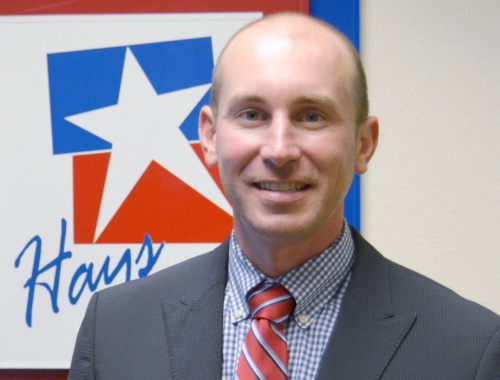 Brett Miksch will be the principal of Johnson High School.

Hays CISD announced Tuesday that Brett Miksch has been hired to be the principal of Johnson High School, which will open in August for the 2019-20 school year.

Miksch most recently worked as a principal in Barbers Hill ISD near Houston, according to the district. Before that he was at Sweeny ISD, also near Houston, and from 2009-18 served at different times as the high school principal, executive director of administrative services and athletics, assistant principal, head coach of boys basketball, and as a physics teacher and speech teacher.

He graduated from the University of Texas at Austin with a bachelor's of science in science and kinesiology before receiving a master's degree in education from Lamar University in Beaumont.

According to the release from the district, Miksch was a student manager for the Longhorns at UT in 2005, when the team won the national championship.

At a meeting last night the Hays CISD board of trustees confirmed that they had hired a principal for the new high school, but the announcement was saved until Miksch was able to inform his colleagues.