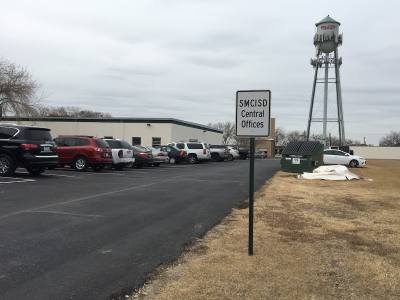 San Marcos CISD trustees got their first look at the preliminary fiscal year 2018-19 budget Monday and learned the school district is expected to grow by 240 students next year.

Most of the student growth will be at Hernandez and Bowie elementary schools, according to Karen Griffith, assistant superintendent of business and support.

The district had 8,148 students enrolled as of Jan. 19, according to Monica Ruiz-Mills, assistant superintendent of teaching, learning and assessments.

Staff also gave an option for $416,000 in longevity incentives for teachers who have been with the district for at least five years.

Staff also presented two raise options for paraprofessionals. The first option gives paraprofessionals a $1.50 per hour raise to a starting hourly wage of $12.10, which would cost the district an additional $606,277.

The second option gives paraprofessionals a $2 per hour raise to a starting hourly wage of $12.60, which would cost the district an additional $806,672.

Trustee Miguel Arrendondo said he wanted to know whether it would be possible to give employees who live within the school district an additional raise and asked to see how many employees would be eligible for that raise.

Watson said he hopes a salary increase option will be voted on for both teachers and paraprofessionals by the board's March meeting.

Griffith said based on preliminary numbers, the school district's revenue will increase by $4.3 million in FY 2018-19 based on a projected 8.5 percent growth in tax revenue, which she said has been the norm for the last five years.

She said without factoring in salary increases, expenditures are projected to increase by about $1.9 million.

SMCISD District Superintendent Michael Cardona asked trustees to keep in mind this year's budget would include the opening of a new elementary school.

Griffith said based on current projections, the school district could be subject to recapture—in which the state takes a certain amount of money from districts considered "property rich" and distributes them to "property-poor" districts—in three years.

Watson said discussion on the district’s share of health insurance coverage for district employees would come at a later month. Last fiscal year, the district’s contribution expanded from $341 to $351 monthly.

The district is adding four new San Marcos High School teachers based on academic scores on assessments in the next school year, and additional staffing adjustments will be made because of the projected increase in enrollment at SMHS, Goodnight and Miller middle schools and the elementary schools.

Cardona said the district is moving to a 10-month budget cycle, meaning the fiscal year would begin July 1 instead of Sept. 1. This gives teachers and staff the funds to pay for materials they need in the 2018-19 school year rather than waiting until August, he said.

"We're trying to be more proactive," he told trustees.

Trustees will have another budget workshop on March 5.
SHARE THIS STORY

The library will incorporate the new programs during the fall/winter of 2021-22. Until then, parents and guardians are encouraged to use the new Bright by Text service to access child development tools and information.