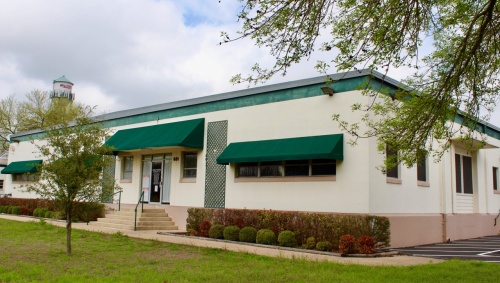 After narrowly moving out of recapture, the San Marcos CISD board of trustees on June 24 adopted a $7 million deficit budget for the 2019-20 school year, which included a total of $2.6 million in salary increases for district employees.

In May, the district found out that it would have to pay into the recapture system after a series of circumstances that SMCISD Assistant Superintendent of Business and Support Karen Griffith described as a “perfect storm.”

The first of those circumstances was the Texas Comptroller’s rejection of the district’s original 2019-20 property appraisal values, which increased the property tax values within the district by $716 million. In addition, demographers over-projected the district’s 2018-19 enrollment by 206 students.

This combination of events would have moved the district into recapture because, under Chapter 41 of the Texas Education Code, which is also known as the “Robin Hood” or recapture system, Texas school districts classified as property-wealthy must share property tax revenue with property-poor districts. The relative wealth of the district is calculated by dividing the taxable value of property within it by the number of students in weighted average daily attendance.

However, the district appealed the higher property tax values in June, and the state accepted. Because of the successful appeal and the passage of House Bill 3, the district no longer has to pay into the recapture system in the upcoming year—although Griffith said at the June 24 meeting that she expects the district will move into recapture within three to four years.

Although SMCISD no longer had to account for recapture in its 2019-20 budget, it did have to implement salary changes for district staff, as mandated by HB3. Raises, at varying amounts, spanned across the entire district from salaried staff to hourly employees.

Teachers, nurses, librarians and counselors with six years or more of experience will receive a $2,113 pay raise, which is equivalent to a 4% increase, in the upcoming school year. The budget allocates a 2.3-3% pay raise for administrators, which also comes out to $2,113.

Additionally, the board increased the district’s insurance yearly premium contribution from $4,404 to $4,536 in order to continue to provide a no-cost insurance plan to district employees.

Although the district’s property appraisal appeal was accepted, the state has not yet released the new appraisals. By law, the state has until July 25 to release the new numbers.

New property appraisal values could potentially affect the newly adopted budget. However, the district will only be allowed, by law, to make cuts—not increases—to the budget.

The budget the board chose was one of two options that were proposed. One included the $1 pay raise for hourly employees while the other option allocated only the $0.50 pay raise for the same employees. The difference between the two budgets was approximately $400,000.

Ultimately, the budget with the $1 pay raise for hourly workers passed with a 4-2 vote. Trustee Anne Halsey was absent while trustee Kathy Hansen and board president John McGlothlin voted against the adoption of that version of the budget.

Trustee Lupe Costilla said that she voted for the $1 pay raise because, although she, too, is concerned about the deficit budget, it is “very disturbing” to her that the people who have the least get paid the least by the district.

“I know a lot of people that fall in that category,” Costilla said. “So I do care and am very concerned about that.”

McGlothlin said he although he is supportive of a $0.50 raise, he could not comfortably vote for the $1 raise due to the financial position the district is in.

“Everyone here is supportive of increasing the pay for the hourly employees,” he said. “We know that everyone in the district is working hard and doing their job and they all contribute to what we do. I would love theoretically to do the dollar, but faced with a deficit and a change in fund balance of $8 million I just don’t believe I can responsibly do that with the revenues that we have.”
SHARE THIS STORY