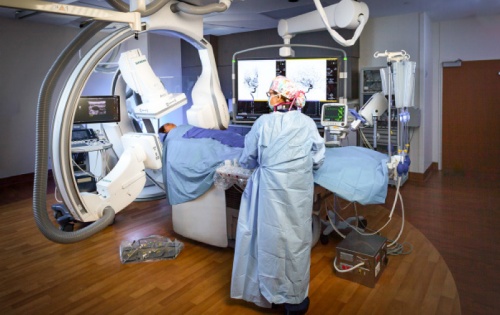 Buda City Council voted 7-0 to approve the economic development agreement between the health group and the city's EDC on Feb. 20.

Negotiations with the health care group started in March 2016. Miller said Baylor Scott & White's hospital will spur a lot of spin-off development near the hospital's proposed site location at 5330 Overpass Road, Buda. With the hospital bringing approximately 150 jobs to the Buda area, Miller said Buda will see more retail development and a lot more medical offices in that area.

"Ideally we want to have business that not only have a direct impact but a spin-off impact and creates jobs, therefore bringing more money to the economy," Miller said. "I have been saying to my board that with this project I feel that Buda will soon be the health capital of Hays County, so I would expect a lot development to occur not only with Baylor Scott & White but also their competitors in Buda because of this project."

Baylor Scott & White intends to make at least a $35 million investment in land, building equipment and inventory, and according to the agreement the average wage for all the jobs created will be no less tan $30 per an hour.

The 77,525-square-foot complex will be the first Baylor Scott & White hospital in Hays County. This follows the opening of the medical center’s first clinic in Kyle last October.

It will include a full-service emergency department, medical office space, operating rooms and an imaging center.

According to the agreement, the BEDC will provide Baylor Scott & White $375,000 to be used to reimburse the company for the development of infrastructure, such as a turn lane, water and wastewater connections, and driveway access.

“We recognize Buda and surrounding areas are growing, and with that growth comes the need for increased access to quality health care," Fox said. "Baylor Scott & White is always looking to meet a community’s health needs."

Mayor George Haehn said it is an exciting time to be in Buda and looks forward to working with city officials to adapt to Buda's growing needs.

"There is going to be a need or desire for executive-style housing, but there is also going to be a need for [housing for] the nurses and the janitors. It could impact zoning decisions and how we're going to place certain [housing developments]," Haehn said."This [hospital] may put an impetus behind that [goal] to actually have developers come in and put a diversity of housing."

As for retail and restaurant growth, Miller said Buda residents can also look forward to new dining options to come to Buda as well.

"Buda does not have daytime population, so it is hard for restaurants to work here because they do not have people eating lunch here. They only have the dinner crowd. This [new hospital] is going to help with that," Miller said. "We should see a lot of their employees live here, and they're high-wage jobs, so there will be a lot of disposable income going through the community."

If everything goes according to plan, the hospital will open Dec. 31, 2019.