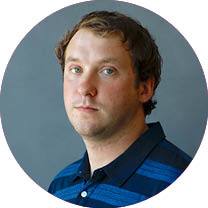 During the Nov. 1 Buda City Council meeting, the council unanimously approved to enter into an agreement with Texas Music Network for the Blue Sage Music Festival.

According to the city of Buda, The Texas Music Network LLC approached the city and the Buda Economic Development Corp. about partnering on a music festival to be hosted at Buda City Park and Amphitheater. The draft agreement proposes a city contribution of $95,000 where the city will pay $47,500 and the Buda Economic Development Corp. will fund an additional $47,500 through the city.

According to the city of Buda, KOKE-FM approached the city in 2021 regarding interest in hosting a large-scale festival, similar to the existing festival KOKE Fest in Hutto, in Buda in fall 2023. Representatives from KOKE FM met with City Council in 2021 during a regular meeting to present their vision as well as multiple meetings with the EDC board and city staff members.

A city park ad hoc committee has been involved in negotiating terms of the deal, and a final contract is up for council consideration. The KOKE-FM planning group estimates 9-12 months of planning is ideal for this event to be held in 2023.