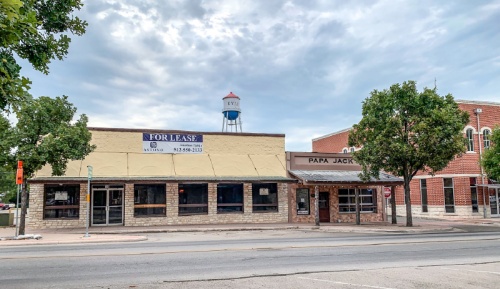 About 25 members of the public showed up on a Friday morning in August when the city of Kyle brought in the Texas Downtown Association to conduct an assessment on the state of the downtown area. Attendees included business owners, community leaders, downtown residents, people who live in other Kyle neighborhoods and representatives of local churches.

City Council Member Dex Ellison, who brought the idea of the TDA assessment to the council earlier in the summer, said the diverse group at the event was evidence that the future of Kyle’s downtown is about more than just zoning—it is about the character of the city.

“What that tells me is that downtown is important to everybody,” Ellison said while introducing himself to the group. “We’re doing this because we do care about our downtown."

The high attendance at the event, as well as at the June workshop that drew about 60 people on a Saturday morning, may also be evidence of the level of engagement the city has seen on the issue of downtown, both from residents of the oldest part of Kyle who said they are cautious about seeing the area developed and from newer residents and business owners who said they hope the city will try to attract more retailers to make downtown livelier.

“Folks are definitely engaged on the issue, and that is encouraging to see,” Mayor Travis Mitchell said. “The truth is: Our community has long been split on the sides and has approached downtown revitalization with different philosophies.”


The pace of change

At the afternoon session of the assessment, TDA Executive Director Catherine Sak said Kyle, with a median age of 31.6 and a median household income of $72,822 as of 2017, is an exceptionally young and well-off city.

“We’ve done a lot of these assessments, and I think this is the highest median income we’ve seen,” Sak said. “And one of the lowest [median] ages.”

Council Member Daphne Tenorio said she does not necessarily oppose bringing more commercial activity to Kyle but that she feels stakeholders have not had a chance to be heard.

“I’d love more eateries; I’d love more shopping; I’d love there to be craft studios,” she said. “But I don’t think you can get there until everybody understands what’s going on.”

Tenorio said she would like to make downtown the priority of Kyle’s upcoming comprehensive plan rewrite, which will begin in the next few months.

Resident Lila Knight, who lives in the downtown area, said she is not opposed to change in the neighborhood but would like to see it limited.

“I think Kyle has some very unique qualities that are in transition. And we just haven’t identified those,” Knight said. “Within the next 5-10 years, I would love to see a very soft footprint along the western end of Center Street that preserves the historic houses.”

Mitchell, however, said he strongly believes Kyle needs to make redevelopment a priority, and is advocating the kind of mixed-use developments that often appear in downtown revitalization projects.

“Developing a vertical, mixed-use center in Kyle is basically is paramount for the future of our city,” Mitchell said. “We [are] suffer[ing] an existential crisis because Kyle has no urban core.”

Mitchell’s perspective is shared by Carol Whisenant, who has owned a downtown real estate firm for many years and believes the city needs to work to promote existing businesses and to draw more investment downtown.

“We’re not recreating the wheel,” Whisenant said. “We’re just acknowledging what size wheel we have, and we have a bigger wheel now.”

The question of how to develop or not develop downtown Kyle is not a new one, but the conversation became more urgent in recent months following a proposed rezoning of a property at 801 W. Center St., which first came in front of council in March. The owners of the property hoped council would change the zoning of the parcel to Central Business District 2, which allows for a greater variety of commercial options, including restaurants and bars.

The planning and zoning commission approved the change, but neighborhood residents delivered a petition opposing the rezoning, and the lengthy discussion by council members revealed a divide over varying visions. The rezoning was ultimately denied.

“When we do things in downtown, we can get a lot of pushback—a lot of pushback on things that in other parts of our city we haven’t really experienced that same level,” Ellison said.

In the months that followed, City Council members sought public input, discussed solutions and agreed to the formal TDA assessment. But no major initiatives were approved, which council members on both sides of the debate have said is due in part to a lack of consensus.

For example, one item in the original 2019-20 proposed budget, which came out in July, was an allocation of nearly $80,000 to hire a downtown program coordinator—a new staff position. A dedicated downtown staff member—sometimes called a "Main Street coordinator"—is a position used by several neighboring cities and in other areas of Texas.

But despite Ellison's advocacy for more programming and development downtown, he himself suggested removing the position from the budget at an August workshop, arguing the city needed a more defined vision for downtown before bringing on a new staff member to implement it.

The other three council members present agreed, as did Mitchell.

“If we were a kind of city and a kind of council that was going [to] actively pursue downtown revitalization, that position would be critical,” Mitchell said. “Until such a time as we have a clear vision and some semblance of unity, we are wasting taxpayer dollars.”

Tenorio was not present at the budget workshop where the item was removed, but told Community Impact Newspaper she agreed.

“Until we figure out what we’re going to do with downtown, what are they going to do?” she said. “To hire somebody, you need to have a defined job description. We don’t have that because we don’t know what we’re doing.”

One thing City Council does agree on is that there should be more events to draw people downtown. At an August meeting, Ellison proposed using city funds for equipment to bring free Wi-Fi to the downtown square. The plan was supported by every council member.

“The idea is wonderful; it promotes what we’re trying to do in that downtown square,” Council Member Alex Villalobos said. “I think it’s a great idea.”

The new equipment will cost about $1,200, according to city staff.
SHARE THIS STORY