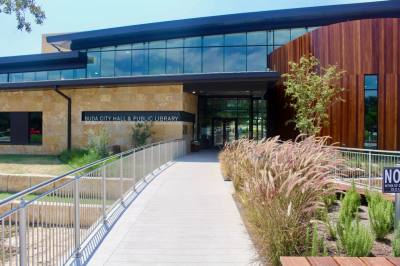 Complaints about smells coming the operations of an Austin-based startup company were the inspiration for an odor ordinance passed by Buda City Council on May 7. Though Buda already has an odor ordinance, the new one expands the boundaries of the coverage area to the extraterritorial jurisdiction.

The property in question is used as a composting site by Grub Tubs, a company that uses food waste from restaurants to produce grubs, that are then harvested as animal feed.

Council Member Ray Bryant, who lives near the facility said that the smell from the Grub Tubs facility is overwhelming.

“The consistent phrase that has become almost ubiquitous in our area is: what is that smell?”

Several residents of the Whispering Hollow neighborhood spoke during the public hearing to express the degree to which the facility has interfered with quality of life, saying that at times they did not want to be in their own backyards or even collect their mail.

The ordinance prohibits “[a]ny unreasonably noxious, unpleasant, or strong odor, which causes material distress, discomfort or injury to persons of ordinary sensibilities and extends beyond the boundaries of the property on which such odor originates” or “[a]ny odor of such character, strength and continued duration which substantially interferes with the comfortable enjoyment of private homes by persons of ordinary sensibilities.”

The council approved the ordinance with only one dissenting vote from Council Member Evan Ture, who said several times that he empathizes with residents and wants the city to take action to remedy the situation but felt the ordinance as it was written—as well as the relatively small $500 fine it would impose—would not stop Grub Tubs and might later pit neighbors against neighbors.

“What I don’t want to do is pass an ordinance for the rest of the city to have composting as an offensive odor,” Ture said.
SHARE THIS STORY