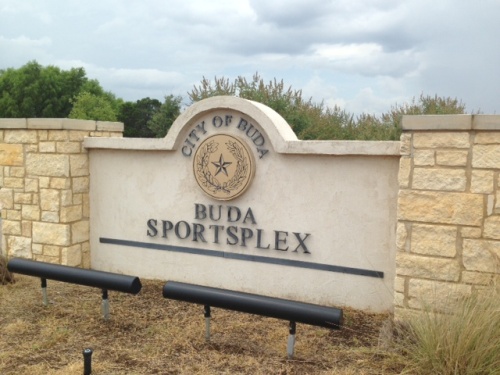 Buda was considering a public-private partnership for the sportsplex.

The city of Buda has been in discussions about a partnership in which a private company would make a major investment in the Buda Sportsplex in exchange for weekend use of some of its fields for baseball tournaments.

The company has previously been called Austin Select Baseball in official documents but for the sportsplex project will be called Central Texas Fast Pitch Baseball, or CTX, Parks and Recreation Director Greg Olmer said at a City Council workshop Jan. 10.

Development of the 52-acre sportsplex—which also has soccer fields, a dog park, a playground and trails—began in 2009, but the city has not funded improvements, such as lights and artificial turf, which would be required to attract the sort of baseball tournaments that CTX plans to bring.

The proposed agreement would give CTX a 15-year lease of the softball side of the complex for Friday-Sunday league play and tournaments, though the city would have six weekends per year for municipal events, such as the Easter egg hunt. The public would still have access to the baseball fields Monday through Thursday, while use of the soccer fields, playground and dog park would not be affected.

Part of the agreement also includes performance provisions requiring CTX to demonstrate an annual $110,000 impact on the hotel occupancy tax and that participants who come for events at the sportsplex stay at hotels in Buda.

The Buda Parks Commission unanimously recommended approving the agreement at its Oct. 17. meeting.

Mayor George Haehn ended the Jan. 10 workshop by suggesting city staff move forward with the proposed plan and bring it back to the City Council for consideration at its first meeting in February.