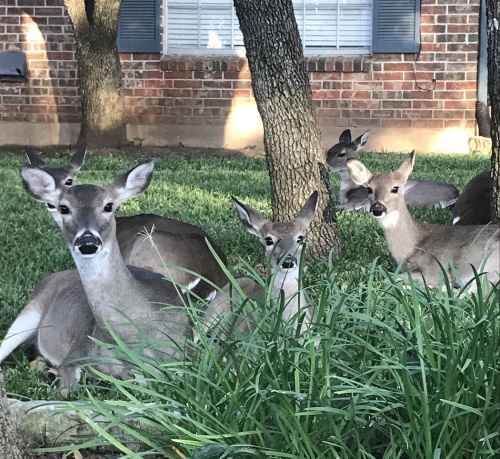 The Texas Parks and Wildlife Department is hosting three meetings in Central Texas from Jan.15-17 to allow public input on a proposed regulation TPWD will consider in March that would implement a four-day antlerless-deer season in 21 counties.

If the regulation is adopted, it would give hunters on properties that are not participating in the TPWD’s Managed Lands Deer program, or MLD, to harvest an antlerless deer within four days, according to the TPWD. The Texas Parks and Wildlife Commission has meetings tentatively scheduled for March 19 and 20, but the agendas are not yet available.

“On properties that have been issued MLD permits, hunters are restricted to the number of antlerless MLD tags issued for that property including during the 4-day doe season and would not be able to harvest ‘additional’ antlerless deer using hunting license tags,” a Jan. 10 TWPD press release stated.

Additionally, the release states, the regulation would implement mandatory reporting of antlerless deer harvested during the four-day antlerless season in order for the TPWD to collect data on how many antlerless deer are hunted outside of the MLD program, which would provide an opportunity for enhanced monitoring of the population.

“Since annual harvest reporting is already required for MLD cooperators, the proposed mandatory reporting of antlerless deer would extend to all antlerless deer harvested and tagged with a hunting license tag,” the release stated.

If adopted, the regulation would go into effect on Thanksgiving.

The public can give the TPWD their input on the proposed regulation in Bastrop on Jan. 15 at 7 p.m. in the Bastrop County Commissioner’s Courtroom. There will be an additional meeting in Goliad on Jan. 16 at 6:30 p.m. in the Julie Wimberly Memorial Homemaking Building, which is located south of Goliad off of US 183. The final meeting will be held in Lockhart on Jan. 17 at 7 p.m. in the Caldwell County Scott Annex Building.

Additional chances for the public to give the TPWD input on the proposed regulation will be announced before it is formally considered in March.

Below is a list of Texas counties that would be affected by the regulation: