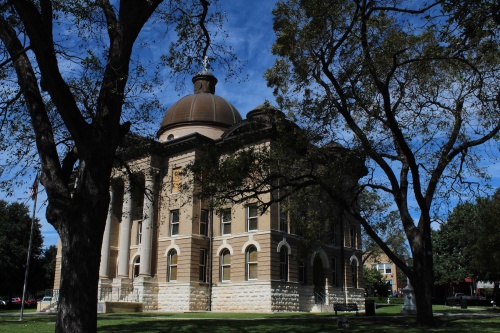 Hays County commissioners unanimously voted Dec. 11 to hire Davis Kaufman PLLC, a lobbying firm the county has used for the last three state legislative sessions, to represent them during the upcoming 86th Texas legislative session, which starts in January.

According to the engagement letter, a document that describes the terms of the relationship between the county and the lobbyist, Hays County will pay a $7,083 monthly retainer fee to Davis Kaufman PLLC from Jan. 1, 2019 to Jan. 1, 2020—a total of $84,996.

The firm is charged with monitoring legislation of interest or impact to Hays County, providing periodic reports to the county on any such legislation, providing legal advice regarding lobbying and advocacy and engaging in direct advocacy before the Texas Legislature on behalf of Hays County.

Precinct 3 Commissioner Lon Shell recalled that Hays County was represented by lobbyists of Davis Kaufman PLLC when House Bill 3405, which had a hard-fought battle to the governor’s desk in 2015, was passed.

HB 3405 expanded the jurisdiction of the Barton Springs/Edwards Aquifer Groundwater Conservation District to include an area in western Hays County where Houston-based Electro Purification planned to pump up to 5 million gallons of water per day from the Trinity Aquifer with no oversight—a project that residents of Wimberley Valley feared would make their wells go dry.

Hays County resident Dan Lyon spoke against the commissioners’ vote to rehire the lobbyist, saying that it was financially irresponsible.

“This is just another example of gross squandering of our money,” Lyon said. “If you need to talk about something in front of the Legislature, you should do it yourself. We shouldn’t have to pay $85,000 a year so that y’all don’t have to do your job.”

Shell and Precinct 1 Commissioner Debbie Ingalsbe said while they understood Lyon’s sentiments and wished they didn’t have to hire a lobbyist, they believe that in order to protect the county’s interests, it is a necessary action.

“And I agree with Mr. Lyon on this, we do have a responsibility, when we’re able, to go and present ourselves in front of the Legislature,” Ingalsbe said. “I certainly will be doing that also.”
SHARE THIS STORY