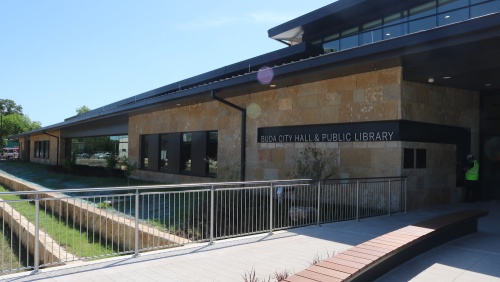 A 54,683-square-foot building, the new complex features a community meeting space and will be the new home of the public library, city administrative offices, City Council chambers and Buda Economic Development Corp.

The municipal complex was part of a $55 million bond approved by Buda voters in November 2014.

The 250-year-old, 53-inch-wide heritage oak tree that was relocated to make way for construction is establishing well in its new location near the complex, according to the latest bond report at April’s City Council meeting

Citizens have until June 15 at noon to submit proposals of their ideas on how to reuse the buildings to the city and can find the submission forms at www.ci.buda.tx.us/137/purchasing.