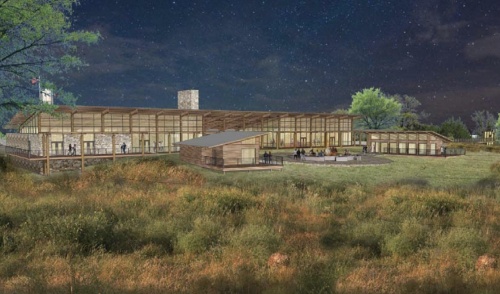 During Buda City Council 's meeting on Tuesday, YMCA of Austin President and CEO James Finck presented an update on the camp's future and timeline.

“It is big. It is beautiful, and it is going to be fun,” Finck said.

According to YMCA Hays Executive Director Bret Kiester, while the total project will cost approximately $30 million, $15.1 million of $18.3 million needed to begin building the first phase of the project has been raised.

In August, the HCISD board of trustees approved contributing $5 million to build the future joint HCISD and YMCA natatorium that includes a 10-lane swimming pool and locker rooms.

Kiester said construction on the pool should begin in October and be ready for use by fall 2019.

As for the camp, Kiester said the location will primarily be used for a regional day and overnight camp, but there is a business case for using the location for wedding events, corporate retreats and outdoor education field trips.

“Honestly, camps aren't really being built anymore. Not just in Texas, but anywhere because camps tend to lose money.” Kiester said. “We are going to mix it up so we can serve a bunch of people in a different amount of ways.”

Currently, the camp space is being used as a guided hiking trail for secondary students to explore on class trips. After the remaining $3.2 million is raised, Kiester said it would take 12-18 months to build out the first phase.
SHARE THIS STORY