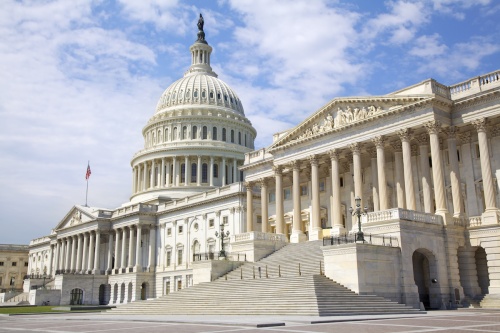 Several San Marcos City Council members will be in Washington, D.C., on Tuesday and Wednesday to lobby federal lawmakers.

Their agenda, obtained by Community Impact Newspaper through a Texas open records request, shows the local officials will meet with officials from the Federal Transit Administration, and Enterprise Community Partners Inc. on Tuesday. They also have meetings with the U.S. Department of Housing and Urban Development, Rep. Lamar Smith (R-San Antonio), the Texas Department of Transportation, the Employment Training Administration and U.S. senators Ted Cruz (R-Texas) and John Cornyn (R-Texas) on Wednesday.

The itinerary for the council members also includes a dinner hosted by The Normandy Group, a government relations firm hired by the city to prepare its legislative priorities.

On April 17, the council approved its 2018-19 legislative priorities, or guiding principles, which included:


Prewitt also stressed on April 3 during a staff briefing to the council she wanted to emphasize the importance of local control to federal lawmakers during the council's trip to Washington, D.C.

"We know our communities the best; we know our flooding, we know our waterways, we know our rainfall, we know the type of communities we have when it comes to short-term rentals and things like that, so I don't know if that would be something we could highlight as we're just visiting with our elected officials in D.C. and just mentioning how important that is for us in certain, specific areas that local governments do maintain control over certain things because we're the ones that see it better than anybody," she said.

The council will also create a list of state legislative priorities in the future. Council Member Melissa Derrick asked that when the council creates a list of state legislative priorities, she wants to support the creation of a water-oriented recreation district, which allows a county to impose fees on tubing rentals and shuttles associated with tubing, and to enter the river. Collected revenue would go to paying police officers to monitor the water recreation safety zone.

Mayor John Thomaides said he wanted feedback from The Normandy Group regarding the support of two topics: the Deferred Action for Childhood Arrivals program and the North American Free Trade Agreement.

"They are topical, I think they pertain to us in a dramatic way and they are federal issues," he said of DACA and NAFTA.

In September, President Donald Trump ordered an end to the President Obama-era program that protects so-called "Dreamers," or immigrants brought to the U.S. illegally as children, from deportation, but courts have blocked his decision.

Thomaides said a third issue that he wanted to bring up based on conversations with the U.S. Conference of Mayors was the U.S. Census citizenship issue. The U.S. Department of Justice has added a question on the 2020 census that asks residents for their citizenship status.

"The mayors are very concerned this would have a chilling effect on people returning the census," he said.