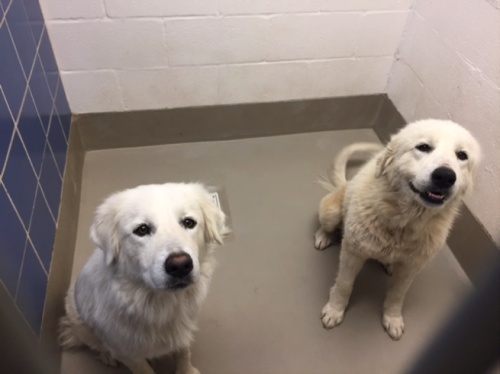 His proposal: Create a special taxing district, such as an Emergency Services District or a school district, that would put dedicated funds toward shelter services and capacity.

"This is the first time that any of us have seen so many people [at the meeting], so this is emotional," Buda Police Master Sergeant Bill Kuykendall said Wednesday at the quarterly San Marcos Animal Shelter Advisory Board meeting. "We're all on the same team. We have to do something major right now."

Right now, the 15,000-square-foot regional shelter and all of its provided services are funded by Hays County and the cities of San Marcos, Buda and Kyle. The fund contributions are based on the amount of animal intake from each entity, with San Marcos's being the largest at 2,885 animals in 2017-18. The shelter's fiscal year 2017-18 budget is $849,280.

The pitch follows efforts on the local level by animal welfare advocates to make the San Marcos Regional Animal Shelter a no-kill shelter, meaning at least 90 percent of animals taken in are saved rather than euthanized.

Citizens have been in talks with some of the shelter staff, according to Cristen Andrews, one of the leaders of the group advocating for a no-kill shelter.

Larry Tucker, who serves on the Texas Pets Alive board and helped the city of Austin become a no-kill shelter, said about five years ago, a group of citizens and organizations tried to launch an initiative to make the San Marcos regional shelter no-kill, but the efforts went nowhere.

Tucker said since then, the city has seen new management at the shelter and at the governing level in the form of City Manager Bert Lumbreras—who previously worked for the city of Austin—and Director of Neighborhood Services Jeff Caldwell, both of whom Tucker said have been open to the idea of a no-kill shelter.

Kuykendall said he has been working on this project for 3 1/2 years, and it took a group of passionate citizens getting involved to move it past the preplanning phase and into the hands of City Council.

The problem with trying to become a no-kill shelter, he said, is a lack of funding.

"We need one thing to accomplish our goal—money," he said. After the meeting, he told Community Impact Newspaper he wasn't sure how the citizens and commissioners of Hays County—a typically fiscally conservative group—would feel about paying another quarter-cent or half-cent per $100 valuation on their taxes. A formal tax rate was not discussed.

Kuykendall said instead of spending money to build more shelters, the revenue acquired through the special taxing district would be used to reinforce and expand services and space in the current regional shelter, helping to prevent euthanization.

According to the shelter's website, the shelter, located at 750 River Road, San Marcos, has four animal control officers, six technicians, an animal services supervisor, an administrative assistant, a clerk, a manager, a shelter manager, a veterinary technician and an outreach coordinator.

In 2017, the shelter received 19,875 visitors, which represents a 34-percent increase from 2016. Staff performed 809 spay and neuter surgeries and had a 56 percent live outcome rate, which represents an 11-percent increase from last year. The shelter also saw a 2 percent increase in adoptions. Out of the 4,534 dogs and cats brought to the shelter in 2017, 668 were adopted, 845 were transferred to other shelters or animal rescue centers, 918 were returned to owners and 2,049—about 44 percent—were euthanized. Of those euthanized, 1,353 were cats and 696 were dogs.

In Texas, local governments can create special purpose districts to provide a variety of services including water conservation, toll roads, hospitals, libraries, utilities and fire control services. They can be funded through a property tax, a sales tax or a user fee and can issue debt, according to the state comptroller's office.

According to the Texas Public Policy Foundation, special purpose districts—created in 1904—can be formed by local government bodies, the Texas Legislature or the Texas Commission on Environmental Quality. Today, there are about 3,350 special districts in Texas.

Generally, special purpose districts are governed by the county commissioners court or by a board of directors that is either appointed by the governing body creating the district or elected at-large.

Kuykendall said the long-term goal is to make animal shelter taxing entities available statewide. He said he wants to take this issue to the Legislature in 2019 by getting a legislator to sponsor a bill that would allow the creation of special purpose districts specifically to fund regional animal shelters.

For now, he said the next step is to go before the councils of San Marcos, Buda and Kyle as well as Hays County commissioners with his pitch. He called on animal welfare advocates to join him at those presentations, which have yet to be scheduled.