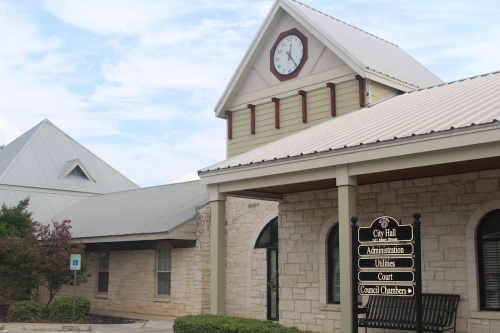 The Buda City Council is accepting applications from Buda citizens interested in serving on one of the various open positions for the cityu2019s boards and commissions.

Buda City Council is accepting applications from citizens interested in serving in one of the various open positions for the city’s boards and commissions.

Application forms may be picked up at City Hall, 121 S. Main St., Buda, during normal business hours or can be downloaded from the city’s website.

Applicants have until March 26 to either submit the application to the city of Buda, c/o City Clerk, P.O. Box 1380, Buda or deliver it to City Hall, 121 S. Main St., Buda, TX 78610. Applicants can also e-mail applications to the city clerk.

The following positions will be open as of April 1:

Construction Board of Appeals, four open positions
This board is an advisory body to the city council that exhibits certain autonomous decision-making. Its powers and duties include hearing appeals of orders, decisions or determinations made by city officials relative to the application and interpretation of Chapter 6 (building regulations) of the Code of Ordinances. This board holds its meetings on an as-needed basis.

Dupre Local Government Corporation, five open positions
The corporation was established via the 2004 Interlocal Agreement between Hays County and the city. The corporation is responsible for the receiving, investing and disbursing of all funds of the corporation; accounting for reporting on all financial activity; coordinating the independent audit; budget development; and administration and project financing for projects on the Cabela's Tax Reinvestment Zone. The corporation meets annually and as needed throughout the year.

Historic Preservation Commission, four open positions
This commission serves as an advisory board to the city council in matters relating to heritage and historic preservation activities. The commission meets monthly every first Thursday at 7 p.m.

Planning and Zoning Commission, four open positions
The Planning and Zoning Commission serves as an advisory board to the city council in matters related to ensuring planned and purposeful development and to enforce state and local statutes and ordinances. The commission serves as the review board for sign related variances and appeals. The commission meets on the second and fourth Tuesday every month at 7 p.m.

Sustainability Commission, four open positions
The Sustainability Commission serves as an advisory board to the city council in matters related to acting in the interest of sustainable practices, recognizing all three aspects of sustainability, including environmental stewardship, social responsibility and economic development; as well making advisory policy recommendations to the council on issues relating to the environment, efforts or programs to address environmental issues such as air quality, water quality, and resource conservation relating to the protection and integrity of the natural environment . The commission meets annually and as needed throughout the year.

Zoning Board of Adjustment, three open positions
The Zoning Board of Adjustment has the authority to hear and decide appeals where the applicant alleges there is an error in any order, requirement, decision, or determination made by city staff or the city council in the enforcement of the city’s zoning regulations and ordinances. The board meets only as needed on the third Thursday of the month at 7 p.m.