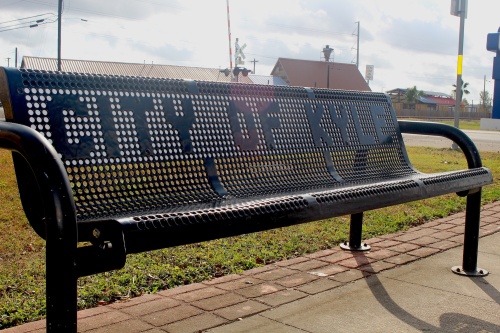 The city of Kyle is considering seeking funding from the Capital Area Metropolitan Planning Organization to fund 80 percent of the estimated cost of two roadways currently funded under the 2013 road bond.

The city of Kyle is considering seeking funding from the Capital Area Metropolitan Planning Organization to fund 80 percent of the estimated construction cost of two roadways currently funded under the 2013 road bond.

If CAMPO agrees to take on the projects, Kyle will have to match 20 percent, or $3.36 million, of the funding for North Burleson Street and Lehman Road.

Currently the city is set to pay $8.01 million for Lehman and $8.79 million for Burleson.

Kyle voters approved $36 million in 2013 to pay for the design, construction and rights of way acquisitions for work on Bunton Creek Road, North Burleson, Goforth Road, Lehman and Marketplace Avenue; refunding a portion of the city’s outstanding general obligation debt; and the payment of costs of issuance for the bonds.

The city currently cannot redirect the way the bond is used because voters specifically authorized the money be used to construct the five named roadways in Kyle, and bonds cannot be repurposed prior to the entire scope of the project being completed as promised.

The city has until Jan. 18 to submit an application to CAMPO for project funding. Kyle City Manager Scott Sellers said that the city would hear from CAMPO in February or March on the ranking of the project and how high it would be prioritized on CAMPO's list. The city would then to expect hear an approval or rejection from CAMPO anytime from April-May.

Sellers said that funding any project with federal dollars could cause further scrutiny, especially with additional environmental studies and delays if either of Kyle's road projects were approved.

"It's not a cut-and-dry process," Sellers said.

For the city to redirect the funds, any alternative option would have to be analyzed, given to the city’s financial adviser and bond counsel to review, checked for legal compliance and voted on by Kyle citizens through a new referendum.

Council Member Daphne Tenario said she was uncomfortable voting to move forward with the city applying for federal funding until citizens were able to have input on the road projects they voted for.

Another concern for the council was that by applying for additional funding through CAMPO there would be a start delay to both the Lehman and Burleson road projects, which were expected to start in late January and March, respectively.

"The question is do we lose five months in the quest for $1[3] million dollars in funding," Kyle Mayor Travis Mitchell asked to the council concerning of the tradeoff that may occur if Kyle is not selected for funding by CAMPO.

While none of these options are final, Kyle staff has created three possible options for how the city could legally redirect the money. Any recommendation Kyle makes to redirect funds depends on final completion cost of Goforth and Bunton Creek projects under construction, CAMPO’s funding decision, final estimated cost for the 20 percent local match requirement for both North Burleson and Lehman or one of the roads, and bond market conditions at the time of consideration to redirect.

Option 2: The city would redirect the surplus amount of road bond proceeds to reduce outstanding road bond debt voiding the bond that was set to create sufficient enough money to pay for the debt and purchase investment securities.

Under option 1 and 2, the the city would see a reduced debt amount on the city's accounts.

Option 3: Redirect the surplus amount of road bond proceeds for other lawful city capital improvement project(s), including other roadway-oriented projects.

The city would be required to have voter approval before going with this option and get approval from the state attorney general's office.

Council voted 7-0 for staff to submit the application to CAMPO.