Buda City Park amphitheater on schedule for a summer 2019 opening 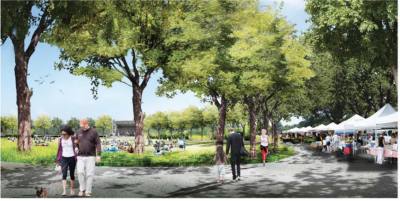 Construction should begin mid-summer and be ready to use spring 2019.

Buda is one step closer to having a City Park amphitheater for outdoor concerts and events after Buda City Council gave the green light for the design documents to be completed.

Buda voters approved funding the amphitheater at City Park through proposition 5 in the city's $55 million bond.

While the final designs are only 50 percent finished, the amphitheater is proposed to have a 1,200-square-foot stage that will allow approximately 56 people on stage, have a 30-inch platform above grade in case of flooding and be American Disability Accessibility Act accessible. The venue itself will have the ability to fit nearly 24,000 people.

Hempel said the construction documents should be 100 percent complete by late April or early May before going to bid.

Council Member Evan Ture said that no matter what decisions the council makes, the amphitheater has to be done right the first time.

"This will change the type of events we will have [in the city]," Ture said.

According to the construction specifics so far, the overall project will cost an estimated $790,000.

The base bid will include the stage with electrical and wastewater connections, which will cost $550,000. After that, construction companies can bid to add the two alternate features, such as a roof over the stage for $150,000 or two backstage restrooms, a storage room and a dressing room for an additional $90,000.

The city is considering alternate ways to pay for the project, such as through a private sponsorship.

Austin ISD: 80% of survey respondents say their kids will mask up at school

Masks will be strongly encouraged, but not required, on Austin ISD campuses.