Kristen Williams added this mural to the park when she took over running Wonder World from her father, Buddy Mostyn, in 2017. (Rachal Russell/Community Impact Newspaper)

Kristen Williams represents the third generation in her family to run what is today known as Wonder World Cave and Adventure Park.

But its history as a tourist attraction goes back even farther than that.

The cave was discovered in 1893 and first opened to the public for candlelit tours in 1903. In 1916, it was purchased by AB Rogers, who also owned the Aquarena Springs amusement park, for “$50 and a grey horse,” Williams said.

It was Rogers who turned it into a true spot for tourists, Williams said, but it was her grandfather who—when he bought the property in 1957— started bringing in a more diverse set of attractions, starting with the wildlife park.

Her grandfather died only a few years later, leaving three sons who took turns running it over the course of the next several decades. The youngest son, Buddy Mostyn, took over in 1972 and ran it for more than 40 years. He was also Williams’ father.

Her parents never planned to pass the park down to their offspring, Williams said, but two years ago, they decided they were ready to sell it.

“That’s when I jumped in and said, ‘Let’s try to keep it going,’” Williams said.

The main feature of the property is the cave, Williams said, which sits about 110 feet underground on the Balcones Fault line; visitors take an elevator down into the cave to the view the fault.

“You’re seeing an actual split of the earth,” Williams said.

After exploring the cave, visitors take the same elevator 110 feet to the top of the tower above ground, where the same split is visible in the expansive view.

After the tower, guests can check out the anti-gravity room—an optical illusion—and the petting zoo Williams added, followed by a ride on a train through the wildlife park, which is filled with exotic animals, such as four-horned sheep, fallow deer, axis deer, peacocks, white peacocks, emus and Tennessee scare goats. There is also a snack bar and, as of just a few months ago, a Kemes BBQ food truck.

In addition to the petting zoo and the food truck, Williams has made more changes over her time running the park in order to connect the historic attraction to the city around it.

The SMTX Mermaid Society has been incorporated both physically—the organization is now headquartered on the property—and spiritually, in that both Williams and the founders of the Mermaid Society see environmental responsibility and stewardship as part of their mission.

Additionally, Williams, with the help of a Texas State University student who later became a full-time employee, has started engaging the community with social media and hosting more events. These include a Rave in the Cave silent disco; a Halloween celebration that drew more than 200 families this year; and holiday rituals, complete with a hidden elf on the cave, the train decorated like the Polar Express, choirs from local schools and a popup market. But the biggest event of the year, Williams said, is Earth Day.

Williams also built a patio with a turf area that can be rented for events or just used as a place to hang out for the day.

“The dream is to create space for people to come out just to enjoy all things San Marcos,” she said. 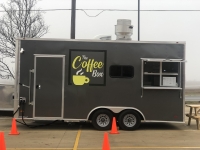 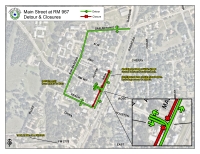