The postponed construction start date came during a presentation on the city's mobility master plan delivered to council.

Three FM 1660 roadway improvements are planned: FM 1660 and Limmer Loop; FM 1660 and North Hwy. 79; and FM 1660 and South Hwy. 79. The Limmer Loop intersection has progressed further in the design stage than the other two projects, Ray said, but it has experienced delays due to the coronavirus pandemic.

Ray said the Limmer Loop project is close to completion on design plans. The city will then work with the Texas Department of Transportation and the Union Pacific Corp. Railroad on right of way acquisition and franchise utility relocations. Under the updated time frame, Ray said he anticipates a late summer or early fall construction start.

With regards to the two FM 1660 and Hwy. 79 intersections, Ray said he is working with both TxDOT and Union Pacific in coordinating the project, adding that there will be "quite a bit of delay" before Union Pacific can get onsite to work.
RELATED STORIES

• SculptFest was supposed to take place April 24-26 in Round Rock. Here's how to participate virtually, support artists.

“We were intending to have both the 1660 north intersection and 1660 south intersection go at the same time to get efficiencies in costs and things like that, but it might work out that we have to split those out," Ray said. "But we’re working with the railroad as well as TxDOT on both of those two intersections, and we’ll definitely be straining the timeline a little bit.”

Also presented to council April 16 were two partnership projects between the city and Williamson County: the Southeast Loop and the Hutto Arterial Road. Both projects were included as part of the county's approved 2019 roads bond package. 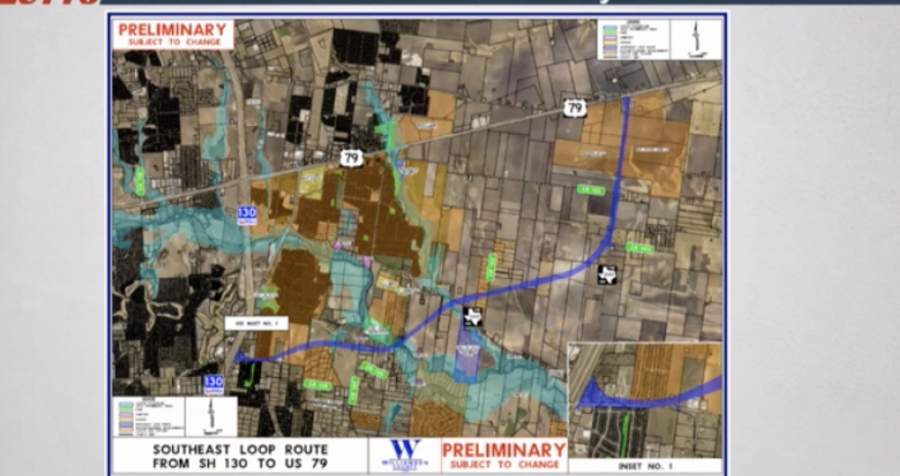 Under updated project alignments, Ray said, the Southeast Loop will be a county road operating as a controlled access freeway that includes an overpass at Hwy. 79 and the existing railway. The project is intended to reduce congestion on Hwy. 79 and assist in creating a corridor that can promote industrial and commercial development, Ray added. He said the county has funding in place for the two end pieces of the project at this time and is continually working on funding acquisition for the middle portion.

The Hutto Arterial Road is the CR 132 roadway extension with an overpass at Hwy. 79, Ray said. The project is a "critical" north/south arterial, Ray said, through what will be, at ultimate build-out, the center of Hutto's current ETJ land.