Hop on: How public transit could shape the future of Austin’s suburbs 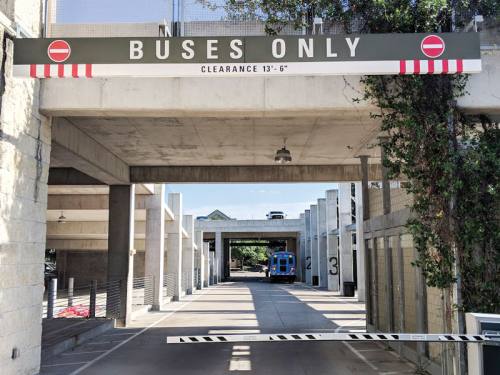 Recent moves by the governments of Round Rock and Pflugerville have opened the door for the cities to develop transit maps that connect to the region’s largest public transportation network.

Round Rock is a full year into operation of its own transit system—four bus lines that connect to Capital Metro’s own bus and light rail service lines—and has watched its ridership grow by more than 70 percent since August 2017.

“It has opened a lot of opportunities for people to go to work and school,” said Caren Lee, transit coordinator for the city of Round Rock.

The non-binding plan outlines potential bus routes and on-demand transportation options that Pflugerville can roll out as pilot programs as soon as 2019. Under the plan, Pflugerville is also set up to possibly receive federal funds allocated for developing burgeoning public transportation trees.

“There are a lot of riders, a lot of needs out there that just aren’t being met. … We’re trying to fill that gap,” Pflugerville Assistant City Manager Trey Fletcher said.

Local transit officials say the region’s growing transit map has the potential to take thousands of cars off the road, thin traffic congestion and increase air quality in the foreseeable future.

But the plans do have roadblocks. With questions over demand and federal transit funding experiencing distribution delays under the Trump administration, regional connectivity may remain tabled for some time.


PFLUGERVILLE TO AUSTIN AND BEYOND

Originally drafted in January 2017, Pflugerville’s transit development plan sat on the shelf before Capital Metro reintroduced the document with an addendum. Pflugerville City Council adopted that revised plan in August.

The recent additions outline options for an on-demand transit pilot program that allows riders to request curbside service. Capital Metro’s Pickup service promises arrival in 15 minutes or less and transports the customer to Tech Ridge or other drop-off locations in the designated pilot program area.

“It’s just a proposed pilot that’s still under conversation. Just some ideas ... to kick it off and see what a real pilot program looks like,” said Emily Barron, planning director for the city of Pflugerville.

Ernest Tomes, a legally blind Pflugerville resident, has voiced his support for creating public transit multiple times in front of Pflugerville City Council. Tomes says that he and other residents with disabilities rely on public transit to remain independent by cutting reliance on friends or family for rides and recommended Capital Metro add door-to-door services in any future programs.

“Door-to-door is a lot easier,” Tomes said. “You’re inside your apartment versus going to a bus stop in order to get bus or metro access. Times like [the summer] when it’s so hot … you’re in the heat sweating.”

Two separate pilot bus programs are additionally proposed in the transit plan. One local fixed route could run from the Stone Hill Town Center to Capital Metro’s Tech Ridge Transit Center, and another route could connect Pflugerville to downtown Austin in minutes via SH 130.

At a Sept. 18 press briefing, Capital Metro CEO Randy Clarke previewed portions of the agency’s Project Connect Vision Plan, including propositions for high-capacity transit options that have the potential to connect communities around the Austin metropolitan area.

The plan’s maps show a proposed route to connect Hutto to the Capital Metro system through a bus route. That same connection is also proposed in Pflugerville’s transit development plan.

Further, the previewed plans show designs for Capital Metro’s first-ever venture into autonomous, or driverless, transit vehicles. The Tech Ridge Transit Center, which Round Rock’s Route 52 connects to, could eventually become one of the autonomous lines’ hubs.

If those plans come to fruition, residents in Round Rock, Pflugerville and Hutto can realistically expect to connect to downtown Austin via autonomous rapid express vehicles in the not-too-distant future.

A few of the transit lines laid out in the 2014 plan have since made their way into transit development plans in Round Rock, Pflugerville and Buda.

Round Rock launched its public transit system in August 2017 after developing its own transit development plan alongside Capital Metro. Since its public transportation system launched, the city has added an express bus line that runs to downtown Austin and has watched its ridership numbers climb.

Rider demand over the past year has driven city staff to expand hours for two of the lines, according to Lee. Route 50, which runs from Austin Community College Round Rock to Capital Metro’s commuter rail Howard Station, accounts for the largest share of monthly riders.

The connectivity of Round Rock, Pflugerville and other communities surrounding Austin fits into Capital Metro’s long-term organizational goals, according to Michelle Meaux, regional coordination officer for Capital Metro.

“It helps us to increase our mobility options in the region. None of us can do it alone,” Meaux said.

One FTA study shows transportation accounts for 29 percent of greenhouse gas emissions in the United States. Personal vehicles such as cars and SUVs account for 57 percent of that.

Widespread implementation of public transit options in the region may face complications in the near future.

Though Congress in March passed a $2.6 billion transit bill, the FTA has stalled payments across the country. Figures from Transportation for America, a transit policy organization, show  the FTA is sitting on more than $1 billion in federal funds already awarded for implementation.

One federal loan program that Round Rock used to its advantage when it developed its public transportation system has since expired. Cities such as Pflugerville are no longer eligible to use that program to fund their own transit systems.

In a presentation to Round Rock City Council in May, Lee said public transportation systems cannot be properly evaluated until two years after implementation due to public awareness and route changes. Nonetheless, Lee says the city considers the first year of its new public transit system a success.

“We do feel we have nice ridership on our system. To date we’re happy with what we’ve got,” Lee said.

Fletcher contends that Pflugerville will approach implementing any transit pilot programs cautiously, and everything the city Pflugerville rolls out will be done in concert with its existing master plans.

“I think an overwhelming consensus on transit is a lot of people would be inclined to use it if it was convenient and met their needs,” Fletcher said. “We’re a long ways from deploying transit of any sort that could meet those expectations.”