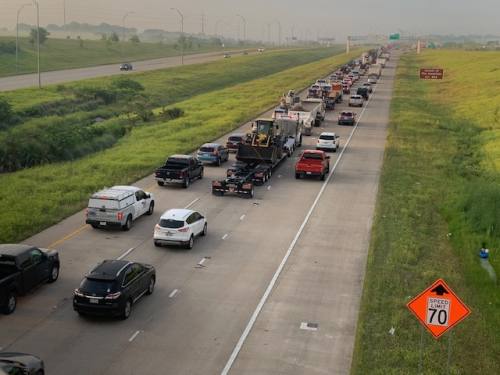 The Pflugerville Police Department identified the deceased driver involved in the Oct. 10 accident at SH 130 and Pecan Street as David Germick.

The cause of the accident is still under investigation, according to the Pflugerville Police Department.

After approximately four-and-a-half hours, northbound SH 130 has reopened. The highway was shut down due to a fatality accident near the Pecan Street bridge.

Pecan Street over SH 130 remains closed at this time, according to a city news release.

At 3:11 p.m., a vehicle traveling west on Pecan Street over SH 130 struck the protective barrier on the bridge and the driver was ejected from the vehicle onto the northbound lanes of SH 130, according to a city news release.