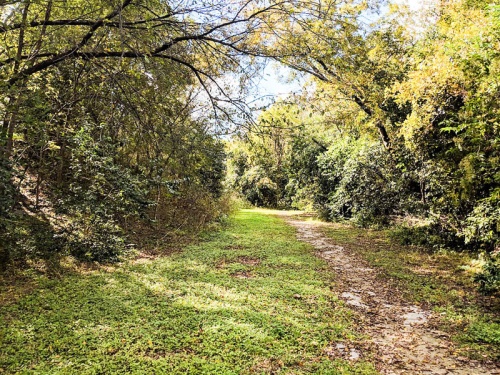 Construction is expected to kick off early next year on a Brushy Creek Trail segment that will run from Georgetown Street to A.W. Grimes Boulevard, connecting Veterans Park to Rabb House along Brushy Creek.

Round Rock City Council voted unanimously Nov. 8 to authorize the $1.9 million construction of the project, which is slated to take roughly 12 months to complete.

The 1-mile trail segment will include a 10-foot-wide concrete pathway and a pedestrian underpass at Georgetown Street. The $1.9 million trail segment was one of the projects funded in the voter-approved $56.5 million 2013 bond.

The Round Rock Parks and Recreation Department has several other projects on the horizon aimed at connecting the city and enhancing the quality of life for area residents.

“We have a lot of projects associated with making Round Rock a place that people feel proud to live,” Park Development Manager Katie Baker said.

Two other trails funded in the 2013 bond—Heritage Trail West and a portion of Lake Creek Trail—are slated to break ground next year. Heritage Trail West will run along Brushy Creek between Chisholm Trail and Mays Street and will include pedestrian overlooks and an underpass under I-35.

The planned segment of Lake Creek Trail will run along Lake Creek and provide a connection between west Round Rock and downtown. The trail segment will start at Round Rock West Park and end at Centennial Plaza with a 10-foot-wide concrete trail, pedestrian underpass at I-35 and the frontage roads, and a pedestrian bridge over Lake Creek. That project remains in the design phase.

The trail projects would all help fulfill a goal identified by the parks department in its recently adopted master plan. The document, Playbook 2030, was adopted by City Council in August and will guide most of the decision-making within the department, Baker said.

Playbook 2030 was developed after a series of open houses and surveys with community members, Baker said. The parks department enlisted a consultant to help identify areas where the city’s parks and recreation is deficient and then create a list of recommended items and goals.

The first of those goals—linking the community—involves trail connections. Baker said trails are one of the biggest requests the parks department hears from the community.

“We are working to get the trails built as quickly as possible,” Baker said. “We know it’s a high priority [for residents], so we are working hard to make the trails a reality.”

The other four goals identified in the master plan are community cohesion, or creating a sense of place and a high quality of life in Round Rock; creating a sustainable parks and recreation system, which includes maintaining existing assets and repair and replacement projects; environmental stewardship, or managing the natural elements of the city’s parks, such as creek corridors and floodways; and equity, or ensuring that all citizens have access to parks programs and amenities.

Other upcoming projects from the 2013 bond include improvements at Old Settlers Park, Stark Park, Frontier Park and Behrens Ranch Trail. Stark Park improvements are slated to begin by the end of the year, while the remaining projects are expected to take place next year.

The parks department is also kicking off work on the Adult Recreation Complex at Old Settlers Park, which will replace McNeil Park—the future site of Nutty Brown Amphitheater.

“This is all about making Round Rock a place that people love to live,” Baker said. “We want people to say ‘Round Rock is the best place, and here’s the reason why: We have a great park system.’”