Off West Pecan Street in Pflugerville lies a parcel of land comprising two cemeteries, a historic church and a handful of homes and businesses. Known as the Historic Colored Addition, the land stands a reminder of the city's history, a period of time when Black residents were barred from living within the city limits. 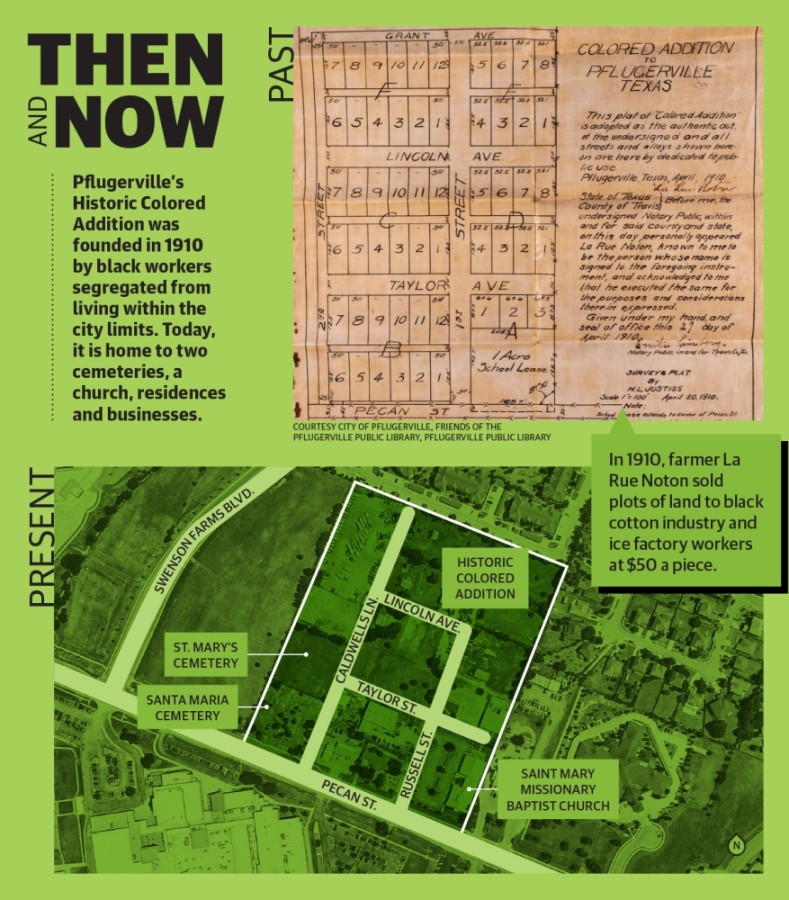 Pflugerville's Historic Colored Addition was founded in 1910. Plots of land then outside the city limits were sold to Black cotton farmers and ice factory workers, forbidden from living in town due to their race. La Rue Noton, a farmer with 1,200 acres of land west of Pflugerville, sold the plots to Black Texans for $50 each, according to Pflugerville Public Library historical documents.

At Pflugerville inaugural Juneteenth celebration June 20, Black Pflugerville President Alicia Jackson said the achievements of Black residents are symbolic of their resiliency, adding they are on the forefront of progress within the city of Pflugerville.

In 1978, Travis County commissioners attempted to change the area's name to the Western Addition, according to Texas State Historical Association documents. However, Historic Colored Addition property owners resisted the change, maintaining that the namesake was necessary to prevent erasure of the land's history.

• 5 ways to upgrade your home through do-it-yourself maintenance, improvement projects

• Here is the latest on 4th of July celebrations in Round Rock, Pflugerville, Hutto

In more recent years, Pflugerville's Historic Colored Addition has become a focus for needed improvements, including infrastructure upgrades, roadway and access concerns as well as water and drainage problems. Black Pflugerville, a nonprofit grassroots organization, has worked to restore and preserve the cemeteries.

In addition, roadway upgrades throughout the Historic Colored Addition are included in the city's 2020 bond package, which will go before voters in November.