Pflugerville City Council approved Nov. 24 the establishment of roadway impact fees for future city development initiatives. The ordinance was approved on consent, meaning no further discussion was held by council prior to the vote.

Pflugerville City Council approved the fees on first reading in a 4-3 vote Nov. 10, with Mayor Victor Gonzales and Council Members Jeff Marsh and Doug Weiss voting against the motion.

Per city documents, roadway impact fees are funds collected within a designated service area that are used to pay for roadway improvements in said service area as new development brings higher traffic impact to local roadway systems. Service areas are restricted to six-mile trip lengths and must remain within corporate city limits, per documents. 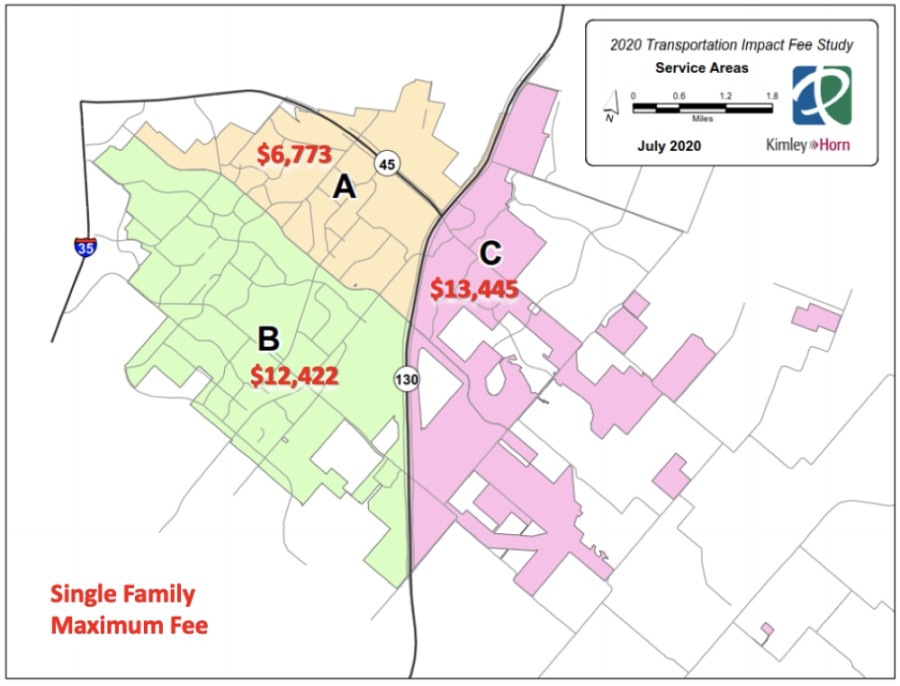 All nonresidential land uses are set at 50% of the maximum fee for all service areas, as denoted in the ordinance language, while residential was set at a flat rate across the city and divided into two phases. Phase 1 single family maximum fees are listed as $5,080 per house in Service Areas A, B and C during the first year of collections. 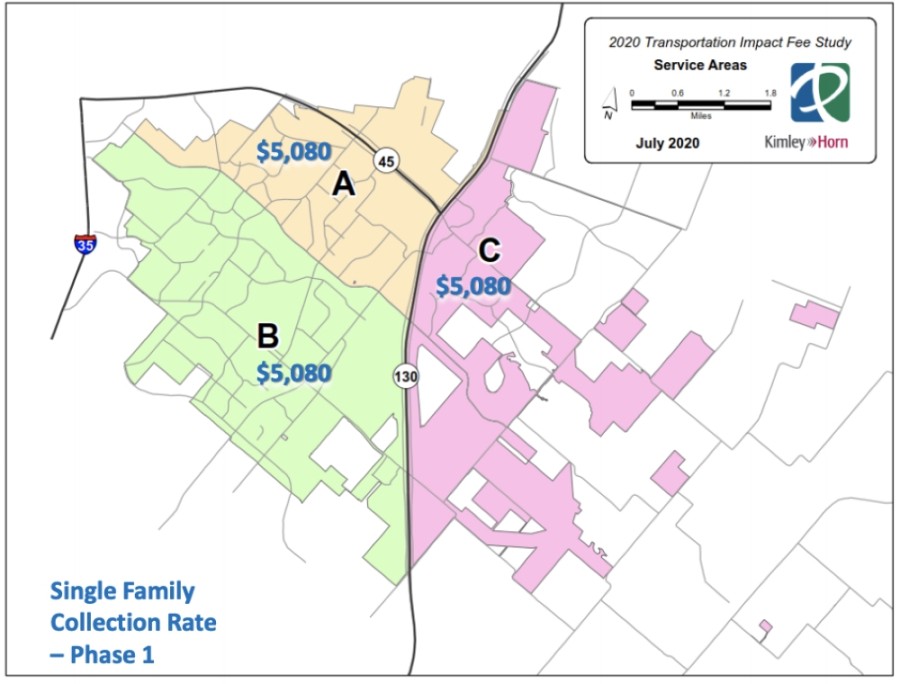 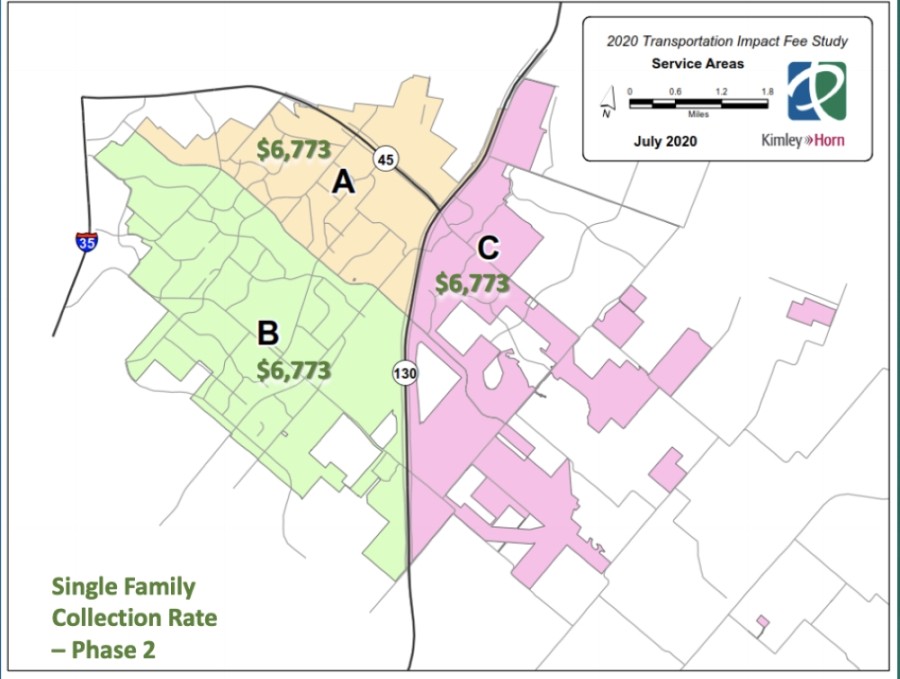 Gutekunst said Phase 3 of Round Rock's impact fee implementation will incorporate some of the highest rates in Central Texas, at just over $6,000 per single-family home.

Marsh, clarifying Gutekunst's observation, said Pflugerville's Phase 2 single-family rates would then surpass Round Rock's and be among the highest in the region.

Austin and Georgetown are also going through impact fee analyses and potential implementations, Gutekunst said. Austin is considering two different rates, with one inside Hwy. 183, Loop 360 and Hwy. 71 and one for its external region. Austin's external rate is proposed at just over $5,000 per house, Gutekunst said.

Weiss said he was less interested in analyzing the proposed rates of surrounding cities and more concerned about ensuring that the rates Pflugerville select meet the needs and demands of its growth. He said heightened roadway infrastructure will continue to make Pflugerville a desirable place to live.

Council Member Jim McDonald said that in order to continue with growth, it is fair to ask the development community to pay for infrastructure costs as they bring new development projects to the region.

"I think it's time that we look for developers to pay their fair share," McDonald said.

Marsh said he disagreed with Weiss' assessment that development will pay for itself. He added the homeowners will be the ones ultimately responsible for these payments and will not get as affordable of a house as a result.

A second and final reading regarding impact fees is planned for council's Nov. 24 meeting.