More than 40 residents submitted public comments to Hutto City Council at its March 26 meeting, widely in opposition to the city's decision to lay off 48 employees on March 24. (Taylor Jackson Buchanan/Community Impact Newspaper)

More than 40 residents submitted public comments to Hutto City Council at its March 26 meeting, widely in opposition to the city's decision to lay off 48 employees on March 24. Devoid of an in-person crowd at Hutto City Hall due to the coronavirus pandemic, city staff read each comment, one by one, to council in more than an hour's timespan.

The comments came from Hutto residents, business owners and laid off employees alike, with overwhelming criticism of both the city's decision to let go of nearly 50 employees, along with the city's attribution of the layoffs to COVID-19. Particular areas of focus included Hutto City Library and Hutto Animal Control, which lost most or all of its employees.

At least three of the public commenters self-identified as now-former city staff members, varying in departments and seniority levels. Stephanie Mazurkiewicz, a former economic development specialist, referred to the levels of "unprofessionalism and shady deals" that have taken place within the past year as "appalling."

Sharon Parker, the former assistant events planner for the city, said she has worked in city government for 16 years and was "blindsided" by news of her layoff.

"You at least owe it to us to be honest and state the reason," Parker said, before later adding: "You have discredited the city of Hutto even more and have it the laughing stock of city government in Central Texas.”
RELATED STORIES

• Round Rock, Pflugerville chambers rally behind local businesses, one gift card and takeout meal at a time

Donna Simmons, who had served as executive director of communications and marketing since May, said that the decision to lay off employees did not extend from COVID-19 concerns, but from economic decisions made that "would ultimately cripple the city."

"In my 34 years of experience in city and state government, I have never witnessed this kind of catastrophic decision-making," Simmons said. "Good luck to the citizens of Hutto in your uncertain future and to those who were damaged as a result of these decisions, my heart goes out to you. Be certain that those of us who were let go, have much better days are in front of us than those left behind."

Prior to council's meeting, Hutto Mayor Doug Gaul released a video statement on March 26 to the city of Hutto's official Facebook page, taking responsibility for the layoffs.

"With closer oversight, we could have lessened the severity of our economic situation," Gaul said. "These decisions were made on my watch, and I am genuinely sorry for the impact that they had on these individuals, their families and our community."

Council Member Tanner Rose motioned to table outstanding items on the agenda, adding that the primary focus of tonight's discussion was supposed to be on the city's budget, but no action item was included. Both Snyder and Rose called for a thorough review of the city's budget.

Hutto Chief Financial Officer Michel Sorrell confirmed there have been changes in city spending compared to the budget that was approved by council in September for the fiscal 2019-20 year. Gaul called for an additional special council meeting on March 30 at 6 p.m. for a review of a budget and the possibility of reinstating some of the laid off employees.

Hutto resident Sue Love, in a message submitted to council, referred to the layoffs as a "gobsmackingly awful decision," adding that the news of the 48 layoffs is reprehensible.

"The only reason you are not swarmed by citizens right now is because we’re trying to do what is right and shelter in place," Love said.
Hutto Hutto City Council Hutto layoffs Hutto news
SHARE THIS STORY

In the year to date, 42 new townhouse construction projects have popped up in Round Rock, Pflugerville and Hutto, according to the Austin Board of Realtors' September housing market report.

Nearly one third of Williamson County's registered voters have turned out in the first six days of early voting. 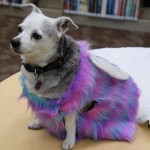 Seven spooktacular, community-based events in Round Rock, Pflugerville from Oct. 16-23

Festive 5Ks, dog runways and mad scientists days—oh my! Here are seven things to do in person and virtually in Round Rock and Pflugerville from Oct. 16-23.

PfISD received a total of 613 name recommendations for Elementary No. 22 and Middle School No. 7, district officials revealed Oct. 15.

Read the most popular news from the Austin area from the past week.

1,300 fewer students enrolled in Pflugerville ISD this fall than expected

Beginning Oct. 19, students will be allowed to move more freely on secondary campuses, in some cases changing classrooms and passing through the hallways with fewer restrictions.