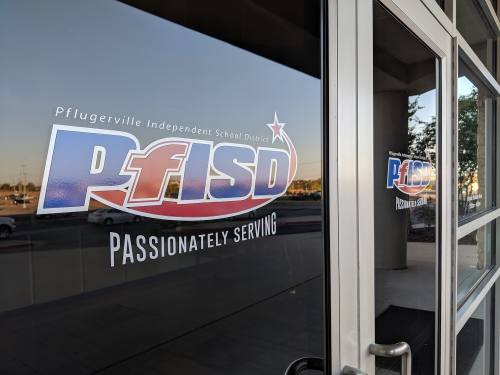 Construction on the first two school projects in Pflugerville ISDu2019s 2018 bond package is scheduled to begin in December, according to district officials.

According to a presentation shown to the PfISD Board of Trustees on Oct. 17, district officials have planned a construction start date of Dec. 2 for the joint elementary school and middle school campus. The combined campus site is located near the corner of Pleasanton Parkway and Weiss Lane in eastern Pflugerville.

David Vesling, executive director of Facilities & Support Services for PfISD, presented the district’s estimated bid schedule for the new school construction projects to trustees. According to that timeline, bid proposals from firms are set to be due on Oct. 29. The winning bid will be approved by the Board of Trustees on Nov. 21, just under two weeks before construction on the district’s 22nd elementary school and seventh middle school is slated to begin.

Those projects are budgeted for $40 million and $61.1 million, respectively, funded by the district’s 2018 bond funds. Two architecture firms were hired by the school district to oversee design and planning for the separate school buildings.

“This is fairly complex because there are two projects going on at one site,” Vesling said.

Both schools are expected to be move-in ready by July 2021, according to the district’s project timelines.

Renovations on the building, which received a historical marker from the Texas Historical Commission in 2012, are designed to improve acoustics.

However, Vesling’s presentation stated the renovation project will be expanded to renovate the Rock Gym’s main entrance and add window shading and removable floor covering. Those renovation items will be presented to the PfISD Board of Trustees for approval at a future meeting.

Board President Vernagene Mott directed district staff to survey what neighboring districts are charging to rent similar facility spaces so PfISD can mold its own fees at a market-rate.

“It needs to be comparable to what other districts are charging,” Mott said.