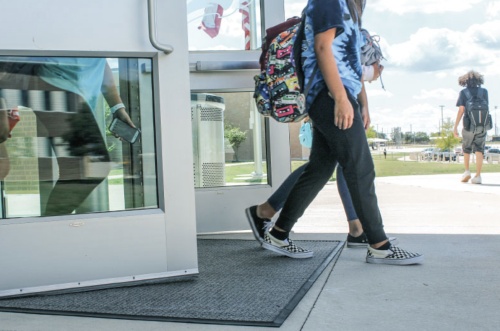 The Round Rock ISD board of trustees voted 6-0 in favor of extending the district's school resource officer contract with Williamson County Sheriff's Office for the 2019-20 school year at its Sept. 26 meeting. Board member Amber Feller was not present at the meeting.

The contract's extension was included on the board's consent agenda, meaning no further discussion was held regarding the decision prior to the vote. Williamson County commissioners had also voted to extend the county's SRO contract at its Sept. 24 meeting through the 2019-20 and 2020-21 school years, which would provide for 10 SRO's for both academic years outlined in the contract.

During Round Rock ISD's consent vote, the board also voted in favor of an interlocal agreement with the Austin Community College District for SRO's for the remainder of the 2019 calendar year. The district had previously ended its arrangement with ACC for SRO's, Daniel Presley, senior chief of schools and innovation for RRISD, told Community Impact Newspaper in August.

Community Impact Newspaper has reached out to Round Rock ISD for a copy of both its extended interlocal agreements, with Williamson County Sheriff's Office and ACC, and is awaiting a response.

This story will be updated as further information regarding Round Rock ISD's interlocal agreements is made available.