After 18 years of serving the Pflugerville school district as a board member, trustee Carol Fletcher is stepping down to focus on her professional career in higher education.

After 18 years of serving the Pflugerville school district as a board member, trustee Carol Fletcher is stepping down to focus on her professional career in higher education.

In an April 8 news release, PfISD stated Fletcher is retiring from the position she has held for nearly two decades. Fletcher ultimately decided not to run for re-election for Place 5 on the board of trustees in the upcoming May 4 election.

Three candidates have filed to run in that race.

“It’s a great district to serve on the board [...] There [are] wonderful people who are committed to doing the best for the kids in the district,” Fletcher said in the release.

According to the district, Fletcher was a key figure in the creation of the Pflugerville Education Foundation, a nonprofit entity that has awarded more than $100,000 in grants to PfISD teachers and administrators.

“Through [Fletcher’s] service to the district as both a teacher and board member, she has impacted PfISD in ways that will last a very long time,” PfISD Superintendent Doug Killian said in the release.

After beginning her education career as a teacher at Pflugerville Middle School in 1994, Fletcher is now pivoting to solely focus on her career as Deputy Director of the STEM Center at the University of Texas at Austin College of Education.

According to the district’s release, Fletcher recently received a grant from the National Science Foundation to lead a network of 22 states and Puerto Rico in broadening computer science education for students.

PfISD will honor Fletcher and her contributions to the district with a retirement reception from 4:30-6 p.m. on Wednesday, April 24 at The Rock Gym, located 702 W. Pecan St., Pflugerville
SHARE THIS STORY 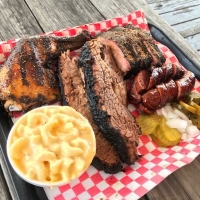