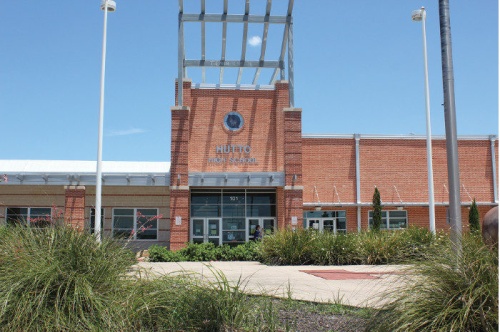 Hutto ISD scored among the top of all school districts in Texas in the stateu2019s Financial Integrity Rating System, the district announced Thursday night.

Amid a 5-year enrollment growth of more than 20 percent, Hutto ISD scored among the top of all school districts in Texas in the state’s Financial Integrity Rating System, the district announced Thursday night.

Hutto ISD received a “superior” rating in the financial accountability test, scoring 96 points out of a possible 100.

The school district received two scores of 8 out of 10 on just two indicators, the only ratings on which the district was docked points.

Those two indicators rated whether the number of days of cash on hand and current investments for the school are sufficient to cover operating expenditures and whether the ratio of current assets to liabilities are healthy enough to cover short-term debt.

According to financial documents provided to the state, Hutto ISD has $12.7 million in cash-on-hand and equivalents, with $59.97 million in total expenditures. Further, Hutto ISD currently holds $34.99 million in assets and $11.8 million in liabilities.

Orosco told the Board of Trustees tonight that the school district has experienced a growth of 20.52 percent growth in students in the past five years.

In a series of financial disclosures presented Thursday night, the district showed that Hutto ISD Superintendent Celina Estrada Thomas received no outside compensation or fees for personal consulting or personal services in the last fiscal year.

Additionally, no district administrators or board members received reportable gifts in the last fiscal year, and no board members had business transactions with the school district.