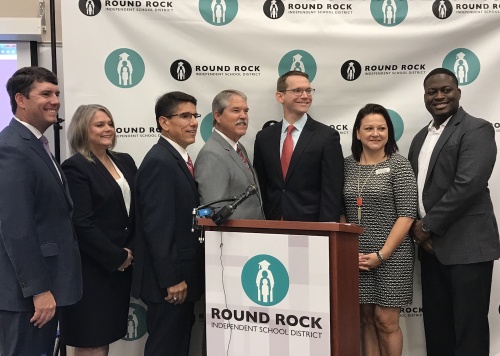 Round Rock ISD received an A rating with an A in student achievement and a B in both school progress and closing the gaps.

"This kind of outcome is unusually good and worthy of celebration," Morath said.

Of the 30 Texas school districts with more than 40,000 students, only Round Rock ISD and five others received A ratings.

“Much of this year’s credit goes to a lot of the curriculum that allows our teachers to teach in a way that they can customize, enhance and enrich,” Flores said. “With that, any test will always be well-suited for us because of the teachers that are in our classrooms and the principals that are leading our campuses.”

While Texas districts received A-F ratings this year, individual campuses are still ranked according to the existing scale ranging from Met Standard to Improvement Required. All of RRISD's campuses received a met Met Standard rating.

The TEA also assigned each campus a score on a scale of 0 to 100. Walsh Middle School received a score of 97, earning it the third-highest ranking of any school in the state.

“As we look forward to the future with hope, we know that we are better together than we are apart,” Flores said. “The future of our Texas democracy—as well as our nation’s—is dependent on how well we do in public schools.”