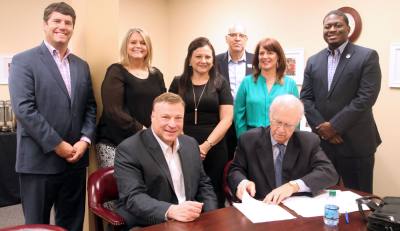 At the final meeting of the fall semester, Round Rock ISD trustees officially swore in new trustee Steve Math and re-elected the same officers to serve another term on the board Thursday night.

Math, who was appointed to the Place 6 position after a lengthy interview process expressed his excitement at joining the board.

“I’ll try to make everybody proud and always do the right thing," Math said.

Math's son Jason, who is a junior at Westwood High School, officially swore Math into his new position.

Following the ceremony, the board re-elected the same batch of officers currently serving—Diane Cox as president, Nikki Gonzales as vice president and Suzi David as secretary.
SHARE THIS STORY