Gossip Shack 2 specializes in chicken and waffles, with more than 50 flavors offered as part of its menu. (Kelsey Thompson/Community Impact Newspaper)

Hints of maple syrup saturate the air within Gossip Shack 2 in Pflugerville, paired with the sound of sizzling chicken wings in the kitchen. A bulletin board brimming with business cards and flyers for Black-owned businesses hangs near the counter.

The significance behind the name Gossip Shack, owner Michael Blaylark said, is prophetic in nature. 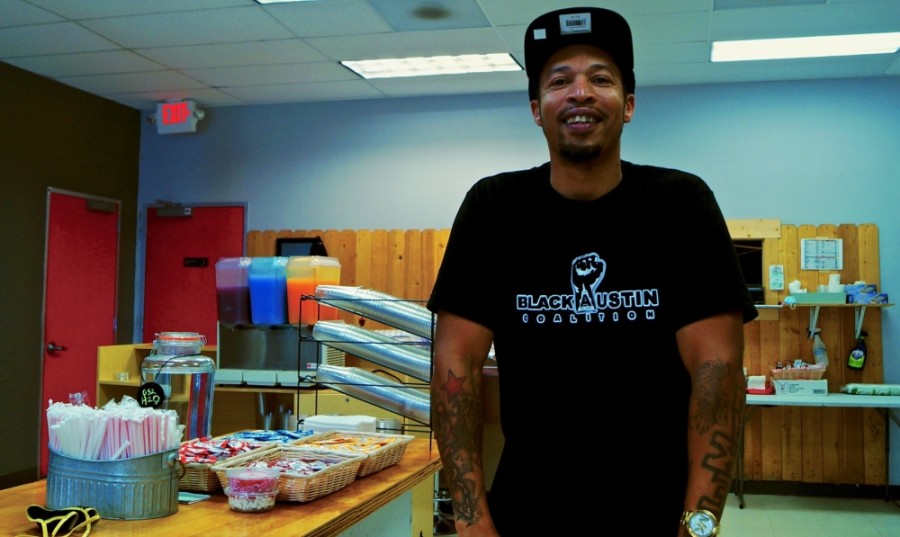 “If your name is in everyone’s mouth consistently, that’s gossip,” Blaylark said. “You can’t be forgotten, and someone is going to hear about you.”

Gossip Shack 2, a chicken and waffles joint in Pflugerville, is part of a brand identity Blaylark has been cultivating since 2015. He originally owned a hookah lounge named Gossip, before he and his mother opened a coffee shop named Gossip Cups.

• November 2020 election: Meet the candidates for Round Rock ISD board of trustees Place 7

• Rodeo coming to Round Rock and more Austin-area news

• Drive-thru The Human Bean espresso shop coming to Pflugerville, and 3 other business updates

• Rodeo Austin, Round Rock Express to host Bulls in the Ballpark at Dell Diamond in November

“The public dedicated us as the chicken and waffles company,” he said, laughing. “We are the Baskin-Robbins of chicken.”

With locations in Austin and in Pflugerville, Blaylark said his goal is to one day open storefronts throughout the country.

In 2021, Blaylark aims to launch a program for new and seasoned business owners alike to learn best practices on how to successfully run a small business.

Generational wealth is difficult to acquire, Blaylark said, especially for marginalized communities. Through an entrepreneurial program, he said he hopes more people can reinvision their dreams as a reality.