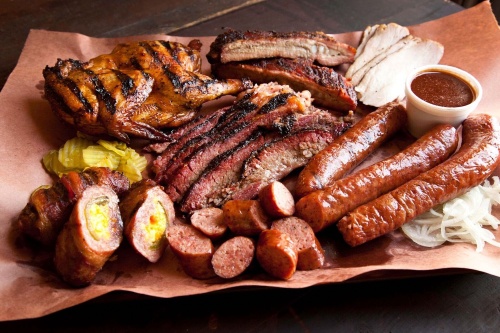 Southside Market & Barbeque has delayed its anticipated opening date for the Hutto location.

Originally slated to open in 2019, Southside Market announced it anticipates opening in the second quarter of 2020, per an August 2 news release. The restaurant, regarded as the oldest BBQ company in Texas, opened in its original location in Elgin in 1882. Southside's Hutto location was the first business tenant announced for the Co-Op District.

“As Texans, we’ve had the personal privilege of enjoying Southside Market’s barbeque for decades, and we could not imagine a better match for a project with the vision and scale of The Co-Op District,” said Bob Wunsch of MA Partners, the developer behind the Co-Op District, in the news release. “Southside Market has set the standard for Texas barbeque, and we are thrilled to have a nationally renowned brand with such deep roots in Texas serve as our first retail tenant.”

The restaurant is known for slow-cooked sausage and meats. Alongside its upcoming Hutto location, Southside Market is also slated to open an Austin storefront in late 2019.

"This is a tremendous opportunity for our business and especially for the great folks on our team who work hard every day with a commitment to authentic Central Texas BBQ, excellent customer service, and Texas friendly hospitality," said Bryan Bracewell, Owner of Southside Market & Barbeque, in the release. "We can’t wait to get the pits fired up and join in on all of the excitement that is happening in Hutto."