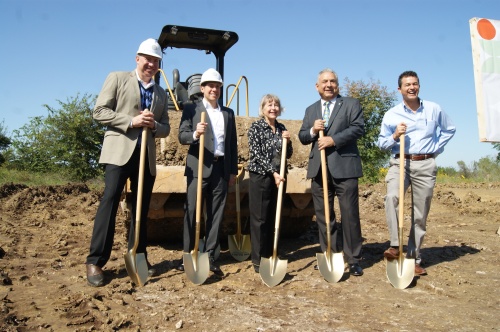 Pflugerville city officials and members of the community joined developers Friday morning to break ground on The Elliott, a 272-unit apartment building which will act as the first piece of a mixed-use development known as the Pecan District.

The Elliott, which will stand at the corner of Old Austin Pflugerville Road and Heatherwilde Boulevard, will offer one- and two-bedroom apartment floor plans averaging 855 square feet.

"We are going to be creating an economic engine that is going to transform the western gateway of Pflugerville," said Cid Gallindo, co-developer of the project alongside Presidium.

Construction on The Elliott is expected to take roughly 20 months with the first apartments ready for occupancy in 2020, according to Presidium.