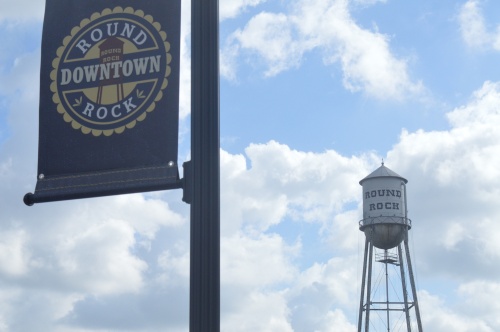 With four new additions, downtown Round Rock will see an expansion along Brushy Creek, all with the desired impact of bringing more people to the area, city Planning Director Brad Wiseman said.

“We think the development of vacant properties and the redevelopment of some structures that are past their life cycles will contribute to a more interesting area for our residents,” Wiseman said.

A major project slated for downtown is The Ruby Hotel, the first boutique hotel in Round Rock. The city is still working through issuing permits for the project, and after these permits are granted, Wiseman said the hotel will likely take eight months to construct.

This will add another hospitality option to the area, when most overnight stay options are located on frontage roads of I-35, Wiseman said.

To round out the region’s redevelopment efforts the city plans to begin work on a new library campus close to Brushy Creek, to be located at 500 N. Mays St.

The project will reportedly cost $23.2 million in voter-approved bond funding from a November 2013 election. Cervantes said the city is still deciding on an architect to move forward with the project and is undergoing environmental tests at the future site.

The library will also feature a new parking garage to expand the downtown area’s parking options.

Wiseman said one purpose of the expansion downtown is to bring a greater menu of nearby housing options—the first of which is the Spring Street Townhomes. This 12-unit development will then be joined by The Depot, a planned town home development of 82 units that will be located on the former Builders Gypsum Supply property south of City Hall.

“We have a good stock of existing commercial buildings,” Wiseman said. “What we don’t have is a growing residential base in the downtown area.”

The Depot will be the largest residential project in the area, Wiseman said.

All of these projects were made more possible by a rezoning of downtown that took place roughly five years ago.

“The rezoning was really just the first step in the process,” Wiseman said. “Without it [projects like] the Ruby Hotel wouldn’t have been
possible.”
SHARE THIS STORY