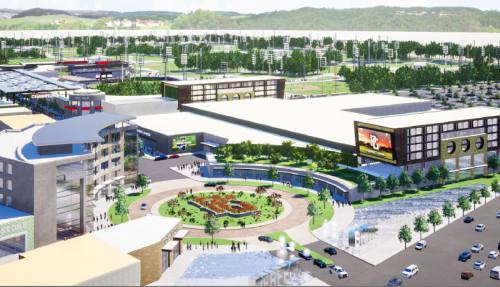 The city of Hutto and its Perfect Game project were acknowledged as the recipient of the "All-In Award" from YTexas, a business recognition for companies relocating, expanding or growing in Texas, at YTexas' annual awards dinner Sept. 27 in Dallas.

The award recognized Perfect Game, Hutto, and Legacy Development for their contributions to the construction of the city's upcoming multi-use development, anchored by Perfect Game and estimated to bring in more than 700,000 visitors to Hutto each year, per the release. Per the project's construction timeline, the Perfect Game site is estimated to open in Hutto on Memorial Day weekend 2021.

“As the largest economic development project the City of Hutto has ever seen, we are proud to announce Perfect Game as this year's All-In award winner," YTexas CEO and Founder Ed Curtis said during the awards ceremony. "The $200-million impact the project will have in Hutto alone, along with the company's commitment to hiring Texans for its expansion, make Perfect Game the hands down winner for this year's event. We welcome the entire team and Ford family to Texas."