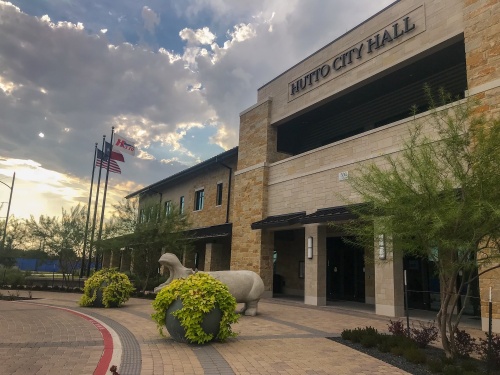 Following more than two months of budget workshops and public hearings, Hutto City Council formally adopted its fiscal year 2019-20 property tax rate and budget with a 5-2 vote at its Sept. 19 meeting. Council Members Mike Snyder and Tanner Rose each voted against both the budget and the property tax rate.

The adopted budget, first released to council for consideration Aug. 8, provides significant funds to the city's public safety and streets and drainage services, and is based on the city's adopted tax rate of $0.631 per $100 of taxable value. City officials said the just over 11-cent increase compared to FY 2018-19's tax rate, $0.515 per $100 of taxable value, is largely based on capital projects approved by residents in the November bond election.

The budget's operating expenditures and capital projects add up to about $79 million, while the city's projected debt service expenses are listed at $11.5 million. In total, the adopted budget has a sticker price of just under $90.5 million.

The adopted property tax rate is divided into an operating and maintenance rate of $0.398 and a debt rate of $0.233, per city documents. The FY 2019-20 debt rate, utilized to cover bond projects approved in the November election, includes a $0.107 increase per $100 of taxable value, while the 2019-20 maintenance and operations rate is listed as an increase of $0.008 per $100 of taxable value.

The adopted budget's general fund expenditures amount to $20.1 million, an increase from the previous fiscal year’s $15.6 million adopted budget. The general fund is the city’s largest and encompasses general services and operations such as police, development services, public works, parks and recreation, and administrative services, among others.

Alongside its general fund and debt services, the budget allocates approximately $46 million for new city projects, nearly $40 million of which are paid for by bond proceeds, per city documents.