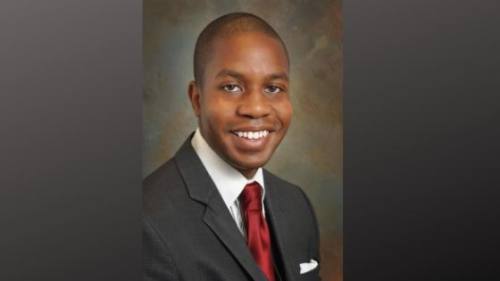 Pflugerville City Councilmember Rudy Metayer told Community Impact Newspaper he is "expressing an interest" in running for the U.S. House of Representatives in 2020.

"Texas is evolving," Metayer said. "I want to make sure that the values of Texans in this district are represented well at all levels in this country. That's why I love serving on city council."

Metayer's statement follows a Sept. 4 announcement by U.S. Representative Bill Flores that he would not seek re-election in 2020.

"Serving my country as the Representative of the hardworking Texas families in the 17th Congressional District has been an honor and one of the greatest privileges of my life," Flores said in a Sept. 4 news release.

The 17th district encompasses parts of Central Texas, including Pflugerville, north Austin, Waco and College Station. Flores is currently serving his fifth term as the representative for the 17th Congressional District.

"When I originally announced that I was running for Congress in 2009, I was firm in my commitment that I would run for six or fewer terms," Flores said in the release. "I have decided that my current term will be my last."

Metayer is currently serving his first term as a Pflugerville City Councilmember. His council seat will be up for re-election in November 2020. If he chooses to run for Congress, the two races will run parallel, he said.

"I've really appreciated speaking to numerous people and I am excited so many are taking an interest this election cycle," Metayer said. "No matter what, I look forward to continually working hard to make sure their voices are heard in this critical election cycle."