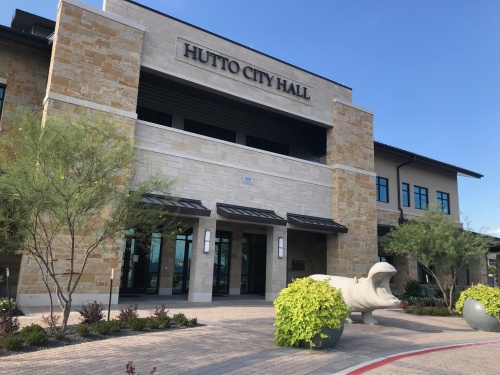 "The majority of the proposed tax rate is to provide the roads, drainage, infrastructure, parks and public safety improvements and services 70% of nearly 7,000 voters demanded," City Manager Odis Jones said, in an Aug. 20 news release. "City revenue has seen a positive upturn with our economic growth, and we are asking for about $1 a month to maintain and manage the implementation of the projects our citizens have approved with their general election vote."

Ahead of Hutto City Council's Aug. 22 meeting, here is a comprehensive look at what the just over 11-cent tax rate increase would entail, and how the funds would be utilized in the upcoming fiscal year.

For a Hutto home valued at $200,000, the proposed tax rate, if approved, would result in an additional $230 to the city's portion of the annual tax bill, per the news release. Of the $230 annual figure, $214 of it would go toward approved bond projects from the $125 million November 2018 bond projects.

"Due to the economic development and progress the last two years, our proposed tax rate increase outside of voter approved bonds is less than one penny," Jones said, per the release. "Our community is beginning to see the benefits of fostering the economy through lower taxes and increased services."

Of the $125 million's worth of bond projects, $5 million have been allotted to public safety and a new justice center, which combined would result in an annual increase of $8.56 and a monthly increase of $0.71 for the average homeowner. In addition $120 million has been designated for streets, drainage, infrastructure and parks-related projects, which when broken down amount to an annual, average $205.44 increase and a $17.12 monthly increase for taxpayers.

The motivation behind the proposed tax rate, Jones told Community Impact Newspaper Aug. 20, is not about increasing taxes, but to help carry out infrastructure and public safety improvements and provide proper staffing and maintenance of said facilities and roadways in the coming years.

“They wanted to have these things, and council approved the process, the time schedule, for those improvements to be made," Jones said. "And based off that, I need a buck a month.”
SHARE THIS STORY