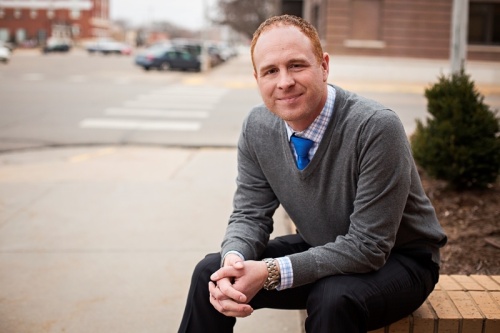 Round Rock Chamber named Jason Ball its new president and CEO on July 24.

Jason Ball will begin his tenure as the new president and CEO of the Round Rock Chamber in September.

“I am so excited to begin work with the staff and leadership team,” Ball said in a July 24 news release. “I was very impressed with the strong focus on economic development and the close partnership with the city of Round Rock. It is an honor to join this team.”

Ball is currently the president and CEO of the Sioux Falls Area Chamber of Commerce in South Dakota. A certified economic developer, he holds an MBA from the University of Nebraska.

As president and CEO, Ball's roll includes working with leaders across a variety of sectors—business, education, government and nonprofit—to recruit new employers and bring jobs to Round Rock.

“We are looking forward to having Jason join our great city,” Round Rock Mayor Craig Morgan said in the release. “He has a track record of tremendous leadership and will continue to move us forward through community partnerships and collaboration.”

Ball replaces Mike Odom, who had served in the roll for five years, before taking a position at the Knoxville Area Chamber of Commerce in Tennessee earlier this year.

“Jason Ball is highly qualified and will be a great asset to Round Rock,” David Hays, the chamber’s chairman of the board, said in the release. “After an extensive search, the board feels confident that Jason is the best candidate to lead the chamber in our vibrant community. We feel very fortunate to have found such a great fit for our outstanding chamber.”

“We are very happy to welcome Jason as our new chamber CEO,” Tammy Young, Round Rock City Council member and chamber board member, said in the release. “There is no doubt that he will prove to be a great fit for our chamber and our community. He has much to contribute to our continued success in Round Rock.”
SHARE THIS STORY