Plans advance for Cressman Ranch, a proposed 450-home development in Round Rock 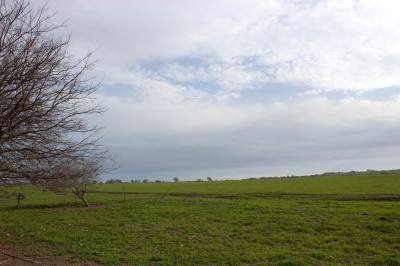 Approximately 450 homes are planned for 174 acres near Old Settlers Boulevard and A.W. Grimes in Round Rock.

Plans for a residential development with approximately 450 single-family homes advanced May 9. Round Rock City Council approved the creation of a municipal utility district, or MUD, for the proposed development.

The MUD will service a proposed development by Meritage Homes, Wiseman said. Cressman Ranch—as the development is named in city planning documents—is proposed for a 174-acre site south of Old Settlers Boulevard and west of A.W. Grimes.

Part of the agreement approved May 9 includes a protected right-of-way for a realignment of Kenney Fort Blvd. near the southeastern corner of the development, Wiseman said.

Action taken Thursday also includes the dedication of park land at the southernmost part of Cressman Ranch, which will be absorbed into Old Settler’s Park, he said.

A MUD is a funding mechanism used to finance residential development. Overseen by an elected board of directors responsible for the management, finances and policies within the area, MUDs are typically created outside a city’s limits.

This will be Round Rock’s second in-city MUD. The first in-city MUD is in the works for a proposal by KB Home to construct approximately 1,200 single family homes along University Boulevard, east of CR110.

Developers leverage MUDs by taking on debt through bonds. The bonds allow developers to pass on the cost of building road and water infrastructure to the future homeowners, who pay off the MUD’s bond debt with property tax revenue.

“Basically what that does is place the tax rate … in line with how the city operates,” Wiseman said.


What’s next for the development?

A concept plan for Cressman Ranch was approved in January by the Planning and Zoning Commission. City Council annexed and zoned the property the following month.

As it stands, staff is awaiting the submittal of a preliminary plat, which will include a lot layout of the development. Planning and Zoning Commission will then review the preliminary plat before construction can begin.
SHARE THIS STORY