JUST IN: Round Rock will implement roadway impact fees 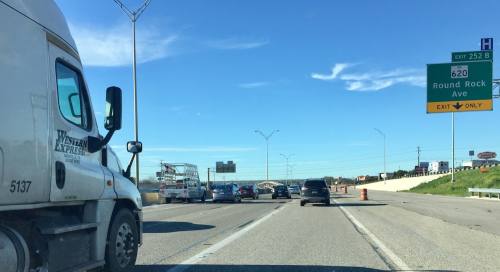 The cost to develop in Round Rock will increase as the city rolls out new fees over the next five years.

“These impact fees are not new,” Round Rock Mayor Craig Morgan said during a Feb. 28 council meeting. “They’re all across the country. They’re in Texas. So they’re coming.”

In Central Texas, cities including Hutto, Taylor, Cibolo and New Braunfels have already implemented roadway impact fees. Austin and Buda are conducting studies to potentially do the same.

The price of growth

Round Rock is a desirable place to be, according to a bi-annual, city-administered survey. The most recent survey—conducted in Spring 2018—found that 84 percent of respondents were “satisfied with the overall quality of life” in the city.

Recently, Round Rock was named the No. 5 city in which to buy a house in 2019 by Niche, a company that researches and analyzes cities across the country.

While current residents know the appeal of the city, they also consistently rank traffic as the top issue. In fact, 76 percent of respondents said the perceived traffic flow in the city was getting worse.

More than $1.2 billion is needed to fund roadway projects, according to Round Rock’s 2017 Transportation Master Plan. The plan is based on projections to serve Round Rock’s ultimate population of 250,000 people.

“This [topic] is not fun for anybody,” Morgan said Feb. 28. “It’s a very difficult thing. But since I’ve been on this council, the number one issue in our biennium surveys [of Round Rock residents] is traffic.”

Money collected through roadway impact fees will be applied to traffic signals, bridges, sidewalks, roadways, thoroughfares, land acquisition costs, surveying and engineering fees, according to the ordinance. However, the fees will not be used for upgrades to existing development or repair, operation or maintenance of existing or new facilities.