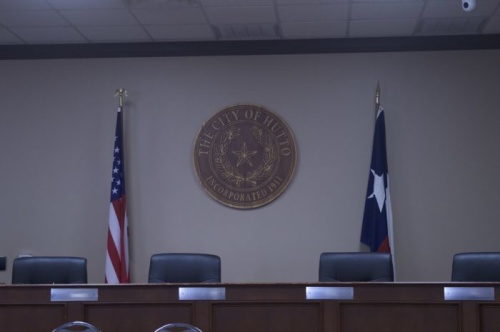 Nine candidates have filed for four Hutto City Council seats up for election this May.

A total of nine candidates have filed for the upcoming May 4 general election to fill four separate Hutto City Council seats.

Peter Gordon and Don Carlson have filed to fill the vacant seat left by former Hutto Council member Tim Jordan, who left the position in January to take a position with the newly formed Hutto Economic Development Corporation.

According to a Jan. 31 press release, Gordon has worked for Dell Technologies as a project manager since 1999 and has been a Hutto resident since 2001.

“The City Council seats do not belong to those who occupy them, but to the citizens of Hutto,” Gordon said in the press release. “My approach is to encourage open, friendly debate to ensure varying points of view are discussed before a decision is made.”

Carlson has lived in Hutto for more than nine years and acts as a vice president of finance at OnePointe Solutions, according to his election application and LinkedIn page.

Hutto resident Nicole Calderone filed to run for Hutto mayor, a position currently filled by Doug Gaul. Gaul was the first candidate in the city to file for election this year and officially announced his intent to run on Jan. 22.

Calderone has been a resident of Hutto for more than 12 years, according to her filing application, and works as a server.

Incumbent Hutto Council Member Nate Killough faces a challenger for his council seat as Mike Snyder has filed for the May 4 election.

According to his candidate application, Snyder has lived in Hutto for two years and works as a real estate manager.

Killough was first elected to Hutto City Council in May 2016 and is a United States Army Veteran of 17 years, as well as the owner of Hippo Vapo on Hwy. 79, according to his bio on the city of Hutto’s website.

Three candidates filed for Place 6 on the Hutto City Council dais, including incumbent Terri Grimm. Grimm is finishing her first term as council member, having been originally elected in May 2017.

Shawn Lucas and Tanner Rose will challenge Grimm for the Place 6 seat, according to city filings.

Lucas has lived in the city of Hutto for more than 14 years, according to his candidate application, and works as a sales executive.

According to his candidate application, Rose works as a supply chain manager and has lived in Hutto for more than two years.


Hutto ISD board of trustees election

Three Hutto ISD board of trustees seats up for election this spring—currently held by Billie Logiudice, Morgan Hubbard and Terrence Owens—will go uncontested.

No other candidates besides the incumbents have submitted applications for a seat.Todd Robison, Hutto ISD director of communications and community relations, told trustees Feb. 14 that no other candidates have even picked up a filing packet.

If no other candidates file by 5 p.m. Feb. 15 then Logiudice, Hubbard and Owens will go uncontested in the race and win re-election.