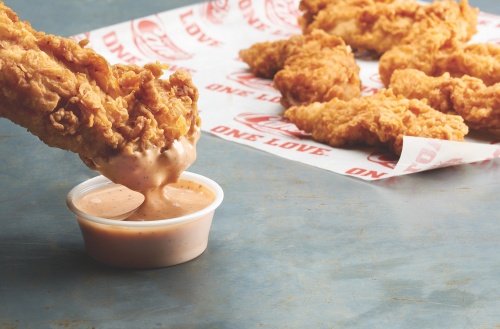 Raising Cane's will open a Round Rock location in summer 2019.

Plans to add a Raising Cane's restaurant to a north Round Rock shopping center can move forward after a zoning change approved by City Council on Jan. 24.

Council voted unanimously to remove a cap on drive-thru restaurants in the shopping center. The cap was part of the zoning requirements in the planned unit development zoning district adopted in 2005 for the 42.5 acres located east of I-35 and south of University Boulevard, adjacent to IKEA. The cap was set to encourage the development of sit-down restaurants, according to Brad Wiseman, director of planning and development for the city.

Raising Cane's is in the application process to move into the space formerly occupied by TGI Friday's at 261 University Oaks Blvd., Round Rock. Wiseman said the restaurant plans to complete demolishment and rebuild the property.

Council discussed the potential traffic impact the restaurant could have on the area but determined any traffic improvements to the parking lot and driveway in the development would be in the hands of the developer.
SHARE THIS STORY