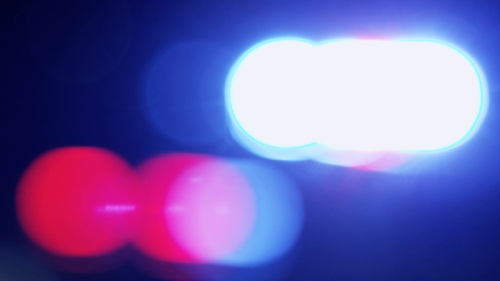 The 2018-19 fiscal year kicked off Oct. 1, placing local governments under a new budget and  some homeowners under new property tax rates.

City councils in Round Rock, Pflugerville and Hutto adopted their fiscal year 2018-19 budgets and property tax rates in September after a series of strategic planning meetings, staff presentations, public hearings and council meetings.

Officials in each of the three cities have set forth plans largely designed to accommodate the area’s rapid development and prepare for growth yet to come.

Public safety and roadways were identified by Round Rock, Pflugerville and Hutto officials as top priorities.

“Our citizens have a high regard for public safety,” Hutto City Manger Odis Jones said. “We are striving to not only maintain but enhance that.”

While local property tax rates in each of the three cities have either dipped or remained the same, rising property values in the area will increase property tax bills. With those revenues, city officials said they hope to continue to improve the quality of life in the area.

Although it a decrease of 1 cent from the city’s previous tax rate, the FY 2018-19 tax rate is 1.4 cents greater than the effective tax rate, the rate at which the city would need to collect the same amount of property tax revenue as the previous year.

The $356.9 million budget includes an anticipated 2 percent increase in water rates as part of a three-year plan approved by City Council in 2017 to fund increasing costs.

The largest chunk of the total budget—$138.8 million—will go toward capital projects involving the city’s parks, trails, streets and utilities.

“We are 17 months into Dell sales tax on the upswing,” said Susan Morgan, Round Rock chief financial officer. “We are taking steps to make sure that we don’t become too dependent on that.”

Despite dropping the tax rate by more than $0.04 from the previous year, the city expects residents to still see  increased property tax bills in the upcoming fiscal year.

The city’s adopted FY 2018-19 budget shows an $8.76 million increase in revenue compared to the 2017-18 fiscal year amended budget. Most of the city’s general fund revenue will come from property and sales taxes, which account for 70 percent of the combined revenue. That percentage is similar to the revenue in last year’s budget.

Total expenses in the city’s FY 2018-19 budget eclipse $140 million, an increase of roughly $5.96 million from last year. Much of the additional costs will go toward maintaining the current levels of service as the city’s population climbs, according to the budget document.

“Our commitment to roads—as indicated by the last citizen survey—is very much in our forefront,” City Manager Sereniah Breland said. “We understand that transportation in our community is critical with more cars on our roads.”

Administration and streets and drainage expenditures account for the next two largest chunks of expenses, representing 15 and 14 percent of the budget, respectively. Combined, the two departments total more than $10 million in budget expenses. Breland said the addition of full-time positions to the city staff will improve customer service.

“It really is a good example of being financial stewards of our people’s tax dollars,” Breland said. “It’s very conservative but allows for us to build in growth.”

With increasing property values—city figures show home values have increased 8.4 percent in the past year—Hutto officials estimate the city will collect $7.16 million in property tax revenue in the upcoming fiscal year.

The budget total of $44.7 million is a 24 percent drop from last year.

“It is a conservative budget and formed to continue driving more development,” Jones said. “We are living within our means, and we are managing growth in an effective way.”

In the budget Hutto plans to hire two police officers, an administrative assistant and a criminal investigation sergeant to bolster the police department.

The budget outlines the need for additional city and police department staff, as the city found it had the fewest full-time equivalent positions serving every 1,000 residents of any city in the surrounding area.

“The investment that we are making in this budget leads to more restaurants and more retail opportunities,” Jones said.  “One of the things that people love about this community is the overall feeling you get from being here—it’s a small town with big-city amenities. In order to maintain that you have to have the economic growth to generate the revenues that don’t fall on the back of the taxpayer.”
SHARE THIS STORY